Aaron Shapiro is a guitarist and composer who has been active in Chicago’s jazz and improvised music scenes since 2010. As a writer and arranger he has composed for a 15-piece big band, a Hammond Organ trio and an album of guitar & vocal duets with singer Mary Lawson. Over the past decade he has performed at many of Chicago’s esteemed music venues including Jay Pritzker Pavilion, Ravinia Festival’s Bennett Gordon Hall and The Jazz Showcase. Since 2015 he has played guitar for the Chicago experimental funk band The Eternals and has also collaborated on recording projects with saxophonist Patrick Bartley and drummer Daru Jones. 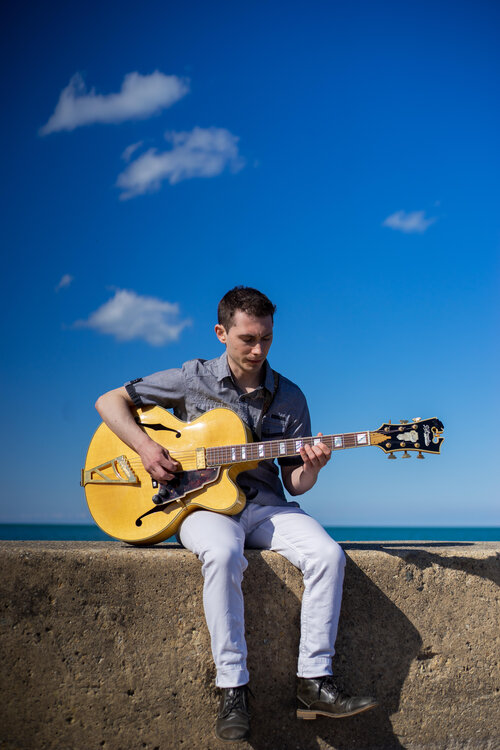