Rise Up: Stonewall and the LGBTQ Rights Movement

On view through Sunday, May 8th

Rise Up: Stonewall and the LGBTQ Rights Movement explores the June 1969 police raid of the Stonewall Inn as the flashpoint that ignited the modern gay rights movement in the United States. In the fifty years since the Stonewall Uprising, America’s LGBTQ population has struggled for equal rights and representation under the law. Rise Up shares the voices and tells the stories of this movement.

Blending together historic images and artifacts of the LGBTQ+ rights movement, the 85 items on display in Rise Up include posters from Harvey Milk’s campaign for public office in San Francisco, a rainbow flag in its original colors signed by its creator Gilbert Baker, and early LGBTQ magazines and publications. 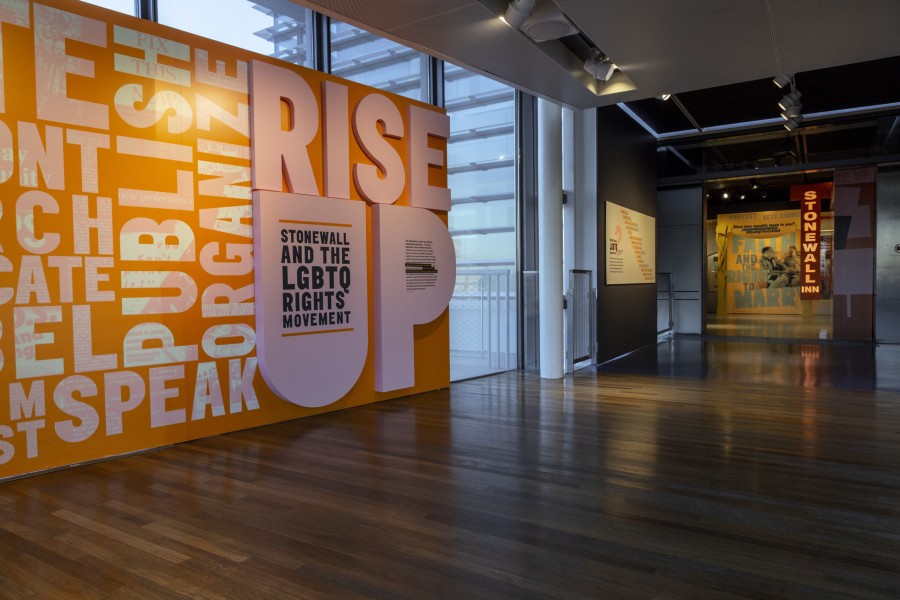