Gómez-Peña returns to Chicago for his first LIVE and in-person performance since lockdown began. This new solo performance monologue features new writing responding to the multiple pandemias including rantings and confessions. This one-night event is presented in dialog with his ongoing experimental radio program presented by Public Media Institute Gómez-Peña’s Mex Files: Audio Art & Strange Poetry from the US/Mexico Border (1985–2021)” and the exhibition at Jane Addams Hull-House Museum Gómez-Peña’s Casa Museo: A living Archive and Museum. (September 9, 2021—May 29, 2022). Both the exhibition and radio program are an initiative of Toward Common Cause.

Mex Files LIVE: The Pandemia Chronicles is presented by Jane Addams Hull-House Museum in partnership with the School of Theater and Music, College of Architecture, Design and the Arts, University of Illinois Chicago.

Guest must present proof of vaccination or a negative PCR test within 72 hours of the start of the event to be admitted into the theater. Mask must be worn through the duration of the performance.

Guillermo Gómez-Peña (Mexico City, 1968) is a performance artist, writer, activist, radical pedagogue and artistic director of the performance troupe La Pocha Nostra. Born in Mexico City, he moved to the US in 1978, and since 1995, his three homes have been San Francisco, Mexico City, and the “road.” His performance work and 21 books have contributed to the debates on cultural, generational, and gender diversity, border culture and North-South relations. Gómez-Peña art work has been presented at over one thousand venues across the US, Canada, Latin America, Europe, Russia, South Africa and Australia. A MacArthur Fellow, USA Artists Fellow, and a Bessie, Guggenheim, and American Book Award winner, he is a regular contributor to newspapers and magazines in the US, Mexico, and Europe. Gómez-Peña is currently a Patron for the London-based Live Art Development Agency, and a Senior Fellow in the Hemispheric Institute of Performance and Politics. For Gómez-Peña archive of performance visit guillermogomezpena.com.

Toward Common Cause: Art, Social Change, and the MacArthur Fellows Program at 40 explores the extent to which certain resources—air, land, water, and even culture—can be held in common. Raising questions about inclusion, exclusion, ownership, and rights of access, the exhibition considers art’s vital role in society as a call to vigilance, a way to bear witness, and a potential act of resistance. Presented on the fortieth anniversary of the MacArthur Fellows Program, Toward Common Cause deploys the Fellows Program as “intellectual commons” and features new and recontextualized work by twenty-nine visual artists who have been named Fellows since the award program’s founding in 1981. Find additional information about the artists and exhibitions at TowardCommonCause.org. 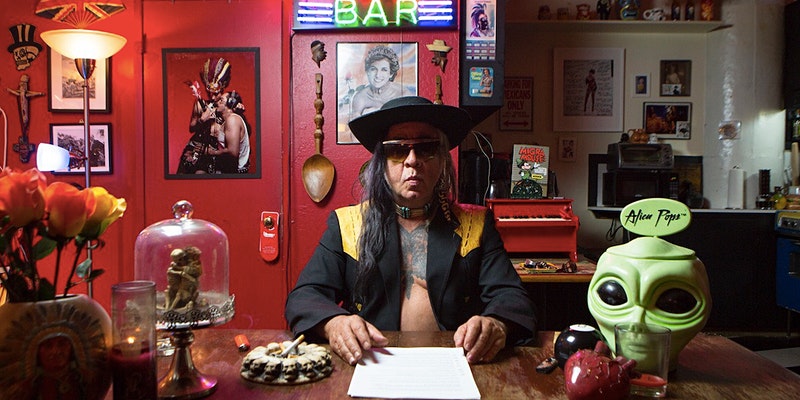