On view through Saturday, November 27th

Kavi Gupta proudly presentsa solo exhibition of new works by Jessica Stockholder, acclaimed visual artist, elected member of the American Academy of Arts and Sciences, Guggenheim Fellow, Anonymous Was A Woman grantee, and recipient of the Lucelia Artist Award from the Smithsonian American Art Museum.Stockholder’s work is created in response to, and incorporates, the contemporary flood of consumer products made with industrial materials and processes; it inhabits and confronts a world where those who make and consume such objects are also hyper-aware of the threat they pose to human existence. Stockholder leverages the ways our use of technology has altered our relationship with the surfaces of our devices, which disguise their internal mechanisms. Incorporating these concepts and objects into her compositions, she allows for myriad meanings and references to accumulate, resulting in works that remind us how important form is to all areas of life and that it has political resonance.This exhibition takes its name from Stockholder’s latest body of work—the series Specific Shape / Fixed Object—which is introduced here alongside a selection of new works from three other ongoing series: AB Photos with EWaste; Assists; and Text / Poetry.Stockholder’s Specific Shapes are fundamentally abstract, painted by hand on the wall, and variable in scale from one installation to another. Each Specific Shape is united with a color and paired with a companion Fixed Object made with a collection of materials gathered from many realms of life. The Fixed Object is concrete and unchanged as the piece moves from one locale to another.

Comprehending the juncture between the abstract and concrete in this particular body of work, and in most of Stockholder’s work, requires that humans travel to the works’ specific location and regard the works in communion with their own bodies, in real time and space.

As Stockholder puts it, “This work is about relationships and the limits of control.”

Stockholder’s work has been exhibited in many of the world’s most influential art venues, including Centre Pompidou in Paris, the Dia Center for the Arts, the Whitney Museum of American Art, and the Venice Biennale. It is included in such museum collections as the Art Institute of Chicago, Whitney Museum of American Art, LACMA, and Stedelijk Museum in Amsterdam. In addition to earning her BFA from the University of Victoria in Canada and her MFA from Yale University, she was awarded two honorary Doctor of Fine Arts degrees: one from the Emily Carr University of Art and Design in 2010, and one from Columbia College in 2013. Stockholder is currently the Raymond W. & Martha Hilpert Gruner Distinguished Service Professor in the Department of Visual Arts at the University of Chicago, a position she accepted in 2011, after 12 years as Director of the Sculpture Department at the Yale School of Art. 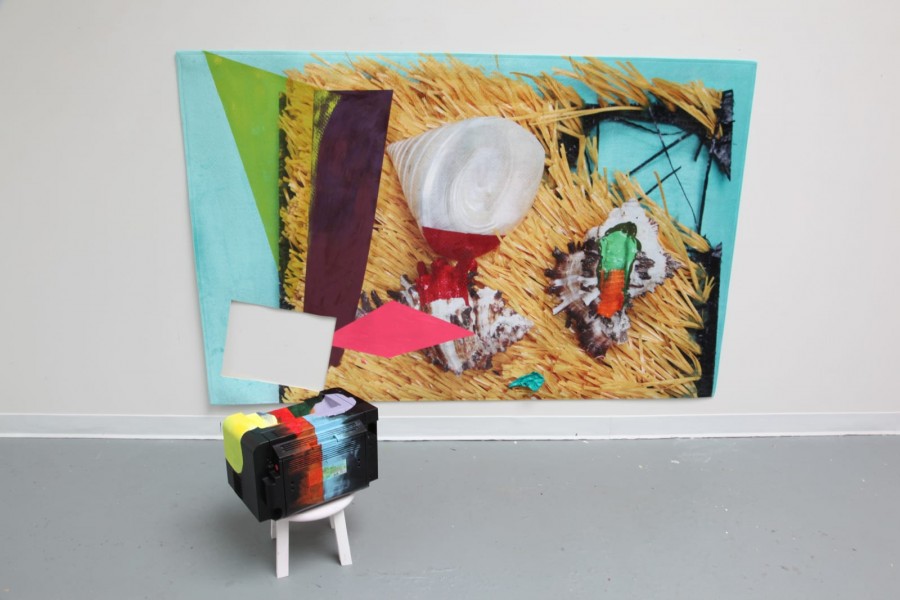