Hock E Aye Vi Edgar Heap of Birds (Native American, Cheyenne/Arapaho, b. 1954) is an artist and an advocate for Indigenous communities worldwide. His work includes multidisciplinary forms of public art messages, large-scale drawings, Neuf Series acrylic paintings, prints, works in glass, and monumental porcelain enamel on steel outdoor sculpture. While representing indigenous communities his art focuses first on social justice, and on the personal freedom to live within the tribal circle as an expressive individual.

Heap of Birds’ work has been exhibited at some of the most renowned institutions in the world, including The Museum of Modern Art, New York; Orchard Gallery, Derry, Northern Ireland; the Cheyenne and Arapaho Nations Reservation in Oklahoma; Site Santa Fe Museum, Santa Fe; Grand Palais, Paris; and Documenta, Kassel. His artistic creations were shown in the 2007 Venice Biennale. In 2012, he was named an USA Ford Fellow, and in 2014 he was honored as a Distinguished Alumni from the University of Kansas. He has received grants and awards from The National Endowment for the Arts, the Andy Warhol Foundation, Bonfil Stanton Foundation, The Pew Charitable Trust, AT&T, Lila Wallace Foundation, Louis Comfort Tiffany Foundation and the Rockefeller Foundation. Sharing his expertise and talent with the next generation of artists, Heap of Birds has taught at Yale University, Rhode Island School of Design, University of Capetown and the University of Oklahoma. Now retired from teaching at the University of Oklahoma, after 30 years of service, he continues to serve there as professor emeritus. Heap of Birds received his bachelor’s degree from the University of Kansas. Before earning his master’s degree from the Tyler School of Art, he completed graduate level study at the Royal College of Art in London. He holds honorary doctor of fine arts and letters degrees from Massachusetts College of Art and Design in Boston, Emily Carr University of Art and Design in Vancouver, Canada and California Institute of the Arts in Valencia.

Q&A will be led by Hendrik Folkerts, Curator of International Contemporary Art at Moderna Museet, Stockholm.

Edgar Heap of Birds’ Native Hosts for Chicago will be included in the exhibition Earthly Observatory at the School of the Art Institute Galleries, 33 E. Washington, from August 31–December 3, 2021. A duplicate set of these signs will also be on view outside the School’s 280 Building on Columbus Drive. For more information visit here. 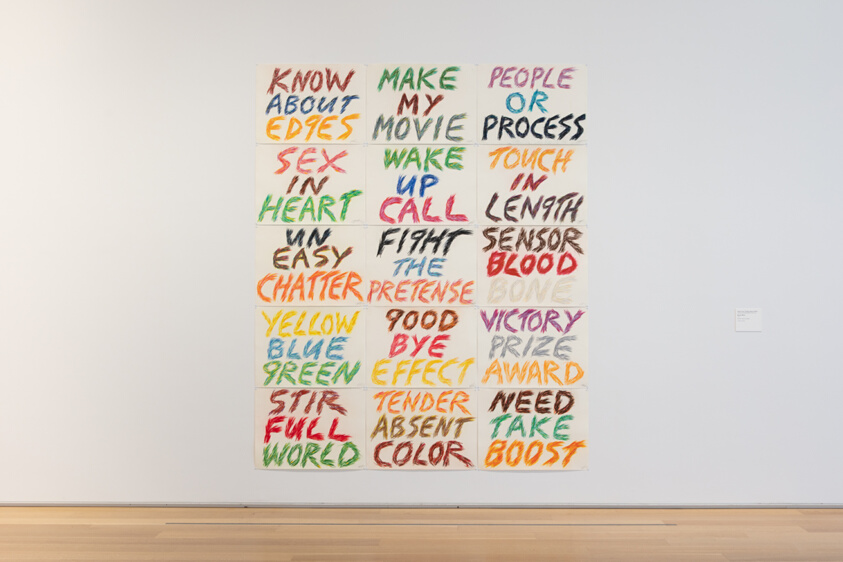