Get your tickets now, you won’t want to miss this!

Chad Kouri is a Chicago-based working artist known for his intuitive, vibrant compositions that utilize the holistic properties of color and abstraction. His mixed-race identity is mirrored by his multidisciplinary studio practice, focusing broadly on visual Art, music, and design while considering theories based in minimalism, color theory, semiotics, improvisation, and radical joy. Utilizing a wide range of skillsets and strategies, Kouri reminds us to stay curious and make time for play, rest, and introspection, enabling us more bandwidth for mutual aid and collective community care. His works are held in public and private collections in the Americas and numerous European and Arab nations.

Whether it’s jazz, funk, blues, rock & roll or any other art form that comes his way, Jeremiah Hunt is becoming a highly sought-after bassist. Currently based in Chicago, he has shared in all of the top rooms including the famous Jazz Showcase, The Green Mill, Andy’s Jazz Club -and many of the underground favorites like The Whistler, The California Clipper, etc. Born in Jacksonville, FL, Jeremiah Hunt’s love for music started in grade school playing the trumpet but quickly realized playing the bass was his passion by the 9th grade. Eventually, he went on to study at Florida A&M University(FAMU) and became a proud alumnus of the 2009 Disneyland All-American College Band. As a freelance bassist, he has performed in top performance spaces across the world.

In the realm of Jazz, Hunt has worked & performed with Victor Gonies, Pharez Whitted, Marquis Hill, Bobby Broom, Gordon Goodwin, Dee Alexander & Bob Reynolds – to name few. His versatility allows him to perform with alternative groups such as The Main Squeeze, with whom he’s collaborated in recording the album “Mind your Head” -produced by the legendary Randy Jackson (2015).

On his continuous search of sound, Hunt is exploring many avenues while pursuing his own sound. 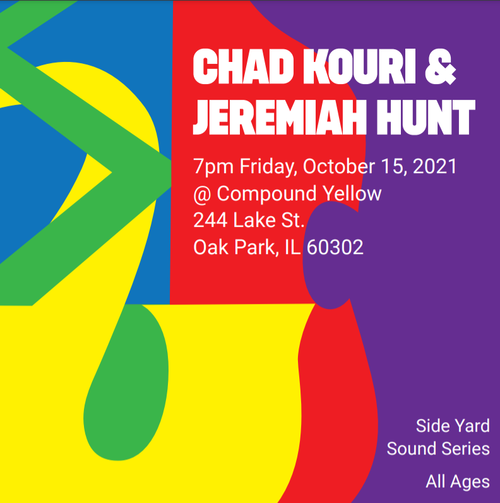