On view through Saturday, December 11th

Tiger Strikes Asteroid Chicago is thrilled to present Both And featuring nuanced abstract paintings by Chicago-based artist Miyoko Ito (1918-1983), alongside contemporary sculptures and paintings by Alex Chitty, Julia Fish, Avery Z. Nelson, and Brittney Leeanne Williams. Each artwork is powerful in its ambiguity, containing contradictions in terms of spatial illusion and reference(s) which obliterate any supposed binary between “abstraction” and “representation.” By situating Ito’s work in relation to that of the artists working today, the exhibition opens up a dialogue around abstraction that calls attention to distinctive engagements with color, space, timelessness, and form.

Join Tiger Strikes Asteroid Chicago on Thursday, November 18 at 6:00pm CST for a virtual artist talk presented in conjunction with the exhibition Both And. TSA Chi member Nicole Mauser will moderate a conversation with the exhibiting artists that explores the relationship between abstraction and representation in their work. San Francisco-based curator Jordan Stein will elaborate on Ito’s work and life. Together we will make connections between each individual’s artistic practice as well as overlaps between the works on view. Register to attend the online Artist Talk: https://uchicago.zoom.us/meeting/register/tJArdumppj0oHNDDMw4Mu3syEC6LPT0Sox_X.

Inclusively and theoretically, Julia Fish’s work can be characterized as both site-generated and context-specific, in temporary projects and installations, as well as in the on-going sequence of paintings and works on paper that she has developed in response to a close examination of the experience of living and working within her home and studio, a 1922 two-story brick storefront in Chicago. Fish has described this process as one which “opens onto questions and critical approaches to the practice of painting, to drawing, and to the nuances and implications of representation/re-presentation.” Concurrent and influential research interests include the related disciplines of architecture, architectural history, and theory. After completing studies for BFA and MFA degrees in Oregon and Maryland, Fish relocated to Chicago in 1985. Her work has been presented in twenty-seven solo exhibitions since 1980, and it has twice been the subject of ‘ten-year’ survey exhibitions; most recently, Julia Fish:bound by spectrum (2019-2020), DePaul Art Museum, Chicago and View (1996),The Renaissance Society at The University of Chicago.. National and international exhibitions include, among others: Galerie Remise, Bludenz, Austria; MAK Center for Art and Architecture/Schindler House, Los Angeles; Martin Gropius Bau, Berlin; San Francisco Museum of Modern Art; Tang Museum, Skidmore College; the 2010 Whitney Biennial; and most recently, The Long Dream, MCA Chicago. Fish’s work is included in the collections of, among others: The Art Institute of Chicago Museum of Contemporary Art, Chicago; Denver Art Museum; DePaul Art Museum, Chicago; Los Angeles Museum of Contemporary Art; Museum of Modern Art, New York; and Yale University Art Gallery. Research support includes grants and fellowships from the Louis Comfort Tiffany Foundation, National Endowment for the Arts/Painting, Richard H. Driehaus Foundation, Cal Arts-Alpert/Ucross Foundation, and competitive faculty research awards from the University of Illinois at Chicago. Julia Fish is Professor Emerita, School of Art and Art History, and UIC Distinguished Professor.

Miyoko Ito (1918-1983) was a Chicago artist known for enigmatic watercolors, oil paintings, and lithographs. Born in Berkeley, CA to Japanese parents, Ito returned to Japan with her family in 1923 to receive a traditional Japanese art education. After returning to California, Ito attended the University of California, Berkeley. During World War II, she and her husband were interned at Tanforan Racetrack near San Francisco under President Franklin Roosevelt’s Executive Order 9066. After release, Ito studied at Smith College and The School of The Art Institute of Chicago, settling in Hyde Park; she was tangentially involved with the Imagists. In 1977, she was awarded a Guggenheim Fellowship and in 1980, The Renaissance Society held a retrospective of Ito’s paintings.

Brittney Leeanne Williams is a Chicago-based artist, originally from Los Angeles. Her work has been exhibited in New York, Los Angeles, San Francisco, Miami (Untitled Art Fair), London, Venice, Italy (Venice Biennale), Antwerp, Copenhagen, and Hong Kong, as well as in Chicago and throughout the Midwest. Williams attended Skowhegan School of Painting and Sculpture and The School of the Art Institute of Chicago (2008-09). She is a Joan Mitchell Foundation grant recipient and a Luminarts Fellow. Williams’ artist residencies include Arts + Public Life (The University of Chicago) and McColl Center for Art + Innovation, among others. Her work is included in Museum X (Beijing) and the Domus Collection (NYC/Beijing), among other public collections.

Nicole Mauser’s paintings, videos, and installations investigate tensions at play between color fields, materiality, and gestural mark making. Permanent collections include The Nerman Museum of Contemporary Art (KS) and The Alexander (IN). Recent curatorial endeavors include Exhibitionisms (Tiger Strikes Asteroid Chicago) and Privates (Carthage College in Kenosha, WI) with collaborator Tobey Albright. Mauser has been a HATCH resident at the Chicago Artists Coalition and DCASE Artist Grant recipient. She earned an MFA from The University of Chicago and a BFA from Ringling College of Art & Design. Currently, she lives and works in Chicago where she runs Space & Time gallery, is an artist member of TSA CHI and a Lecturer in Visual Art at The University of Chicago.

This exhibition is made possible by The Smart Museum of Art, The Chicago Department of Cultural Affairs and Special Events, and Art Design Chicago. Special thanks to HOUR Studio for forthcoming website design. 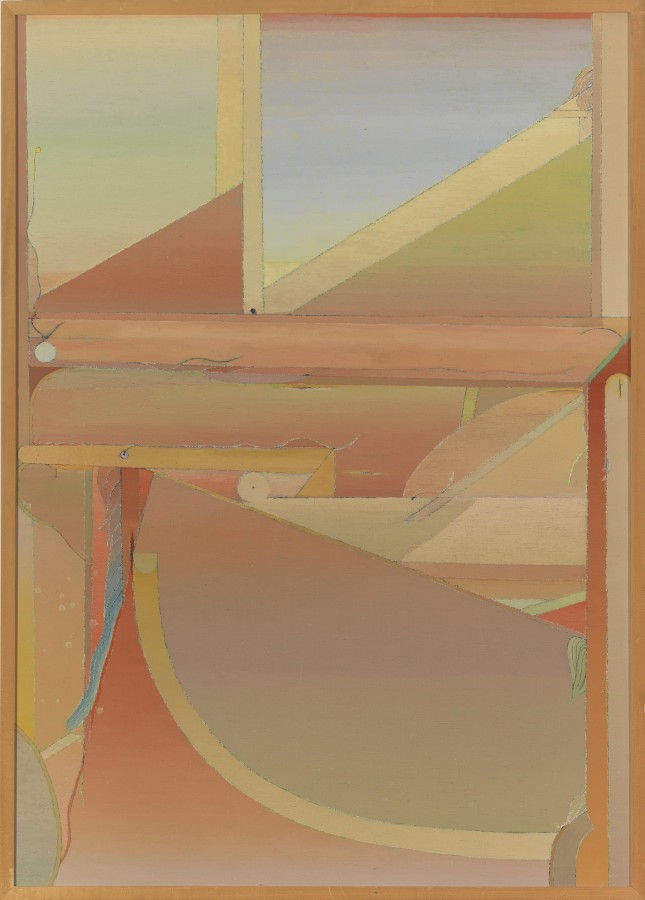