The Whose Lakefront public art project foregrounds the occupation of Native land by marking the presence of unceded territory in the heart of Chicago’s downtown.

​In 1914, the Pokagon Band of Potawatomi Indians sued Chicago for land along the lakefront. As co-signers of the 1833 Treaty of Chicago, they had been forced to give up their land in Illinois up to the shore of Lake Michigan. Since then, the city had created land beyond the shore, including Streeterville, Lincoln Park, and Grant Park, some of the most valuable property in the city. The Pokagon Band argued for the return of this unceded land or payment for its value. The case went to the U.S. Supreme Court, where, predictably, the Potawatomi lost.
​
On October 2, a procession led by Native people with non-Native allies will mark the boundary of this unceded territory with a line of red sand along Michigan Avenue downtown, tracing the original shoreline of Lake Michigan.

This online workshop on September 16 will discuss the historical background for the project, as well as contemporary views on Native land and Native sovereignty.

Opportunities for participation and volunteering on October 2 will be discussed. 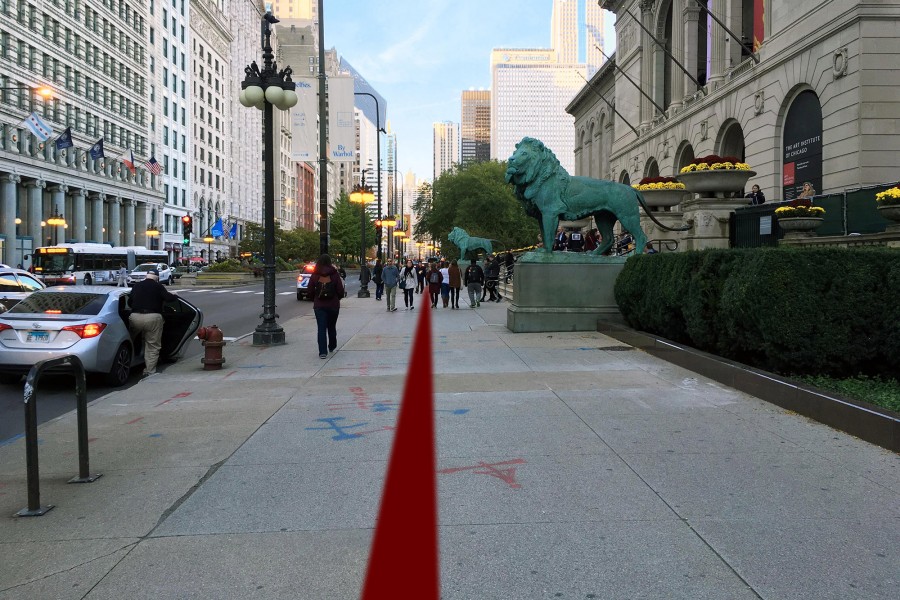