On view through Saturday, November 27th

Join us Thursday September 23rd at 5:30 CST for a live-streamed virtual discussion to celebrate the opening of our fall exhibition, Romanticism to Ruin: Two Lost Works of Sullivan and Wright and the launch of the accompanying publication. The conversation opens with remarks by curator Jonathan Katz on Frank Lloyd Wright’s demolished Larkin Building, designed as an innovative workplace. The panel that follows will delve into the importance of Chicago’s lost Garrick Theatre —and the results of the quest and failure to save it– with curators John Vinci and Tim Samuelson and author Daniel Bluestone, all contributors to the publication, Reconstructing the Garrick: Adler and Sullivan’s Lost Masterpiece. Moderated by Wrightwood 659 Curatorial Consultant Gina Pollara.

Tickets for the exhibition will be $15 and are available online only at www.tickets.wrightwood659.org/events.

Please note, admission is by advance ticket only. Walk-ups are not permitted.

The exhibition comprises two distinct presentations—Reconstructing the Garrick: Adler & Sullivan’s Lost Masterpiece and Reimagining the Larkin: Frank Lloyd Wright’s Modern Icon—conjuring the essence of these two icons of modern American architecture. With 3D models and digital re-creations of the original edifices; salvaged architectural ornaments and artifacts; original furniture; historical documentation of the design, construction, and demise of the buildings; archival photographs taken by noted preservationist and photographer Richard Nickel; drawings, and historical ephemera, Romanticism to Ruin explores what made each building architecturally great and expressive of its era.

Romanticism to Ruin: Two Lost Works of Sullivan and Wright is made possible by Alphawood Foundation Chicago.

COVID-19 Response
For the presentation of Romanticism to Ruin: Two Lost Works by Sullivan and Wright, Wrightwood 659 will reduce gallery admission and capacity from pre-pandemic levels. Among other remedies and precautions, we have installed a state-of-the-art air filtration system and will continue to regularly sanitize public spaces. Out of an abundance of care for all, Wrightwood 659 plans to continue to require visitors and staff to wear masks while inside the building.

About Wrightwood 659
Wrightwood 659 is a private, non-collecting institution devoted to socially engaged art and to architecture. Located at 659 W. Wrightwood Avenue, in Chicago’s Lincoln Park neighborhood, the intimate space officially opened on October 10, 2018, and presents two public exhibitions annually. Wrightwood 659 was designed by Pritzker Prize-winning architect Tadao Ando, who transformed the interior of a 1920s building with his signature concrete forms and poetic treatment of natural light. For additional information: https://wrightwood659.org 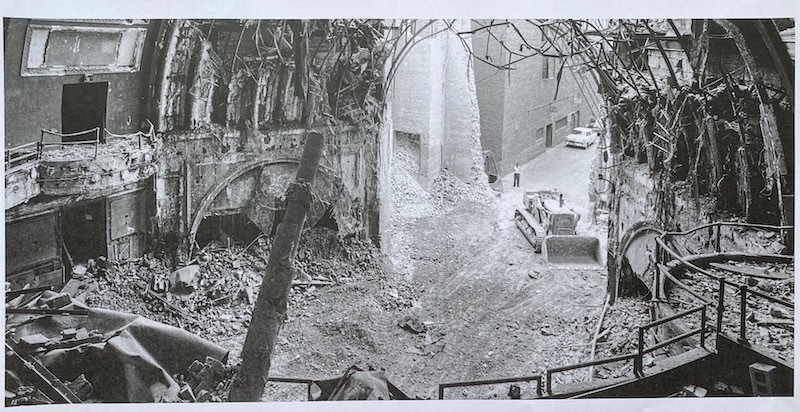