Chiyuma Elliott and Michael Collier: Blue in Green and The Missing Mountain: New and Selected Poems

Chiyuma Elliott and Michael Collier will discuss Blue in Green and The Missing Mountain: New and Selected Poems.

Presented in partnership with the University of Chicago Press

About Blue in Green: Collaboration runs through the heart of this collection. Human relationships—particularly in families—shape the poems in Blue in Green, as they consider how the question of what we expect from one another evolves into a question of what we owe. When cancer overshadows the ordinary—engrossing the labor of love, work, and friendship—disease becomes a collaborator and proposes new rules of exchange. The forms of Elliott’s works highlight reciprocity. Here you’ll find ekphrastic poems that describe modern jazz songs, letters and letter fragments, and free verse poems in wildly variable line lengths. “When I was a wave,” the speaker repeats, each time telling a different story about intimacy and risk. Blue in Green moves through the struggle of processing the damaging interpersonal reverberations of racism, sexism, and environmental damage, while navigating intertwined personal and political incarnations of care. While a slow-growing disease burns its way through the speaker’s body, these poems reveal the feeling of perpetually existing in the shadow of catastrophe and document the slow and strange process of coming to terms with that way of living.

About Chiyuma Elliott: Chiyuma Elliott is assistant professor of African American studies at the University of California, Berkeley and the author of At Most, California Winter League, and Vigil. A former Stegner Fellow, Elliott has published poems in the African American Review, Notre Dame Review, PN Review, and Callaloo, among others. She has received fellowships from the American Philosophical Society, Cave Canem, and the Vermont Studio Center.

About The Missing Mountain: Whether Michael Collier is writing about an airline disaster, a friendship with a disgraced Catholic bishop, his father’s encounter with Charles Lindbergh, Lebanese beekeepers, a mother’s sewing machine, or a piano in the woods, he does so with the syntactic verve, scrupulously observed detail, and a flawless ear that has made him one of America’s most distinguished poets. These poems cross expanses, connecting the fear of missing love and the bliss of holding it, the ways we speak to ourselves and language we use with others, and deep personal grief and shadows of world history.The Missing Mountain brings together a lifetime of work, chronicling Collier’s long and distinguished career as a poet and teacher. These selections, both of previously published and new poems, chart the development of Collier’s art and the cultivations of is passions and concerns.

About Michael Collier: Michael Collier is the author of eight collections of poems, including An Individual History, a finalist for the Poet’s Prize, and The Ledge, a finalist for the National Book Critics Circle and the Los Angeles Times Book Prize. He is emeritus professor of English at the University of Maryland and emeritus director of the Middlebury Bread Loaf Writers’ Conferences. He has received numerous honors, including a fellowship from the Guggenheim Foundation and an Award in Literature from the American Academy of Arts and Letters, and he was the poet laureate of the State of Maryland from 2001 to 2004. He currently lives in Vermont. 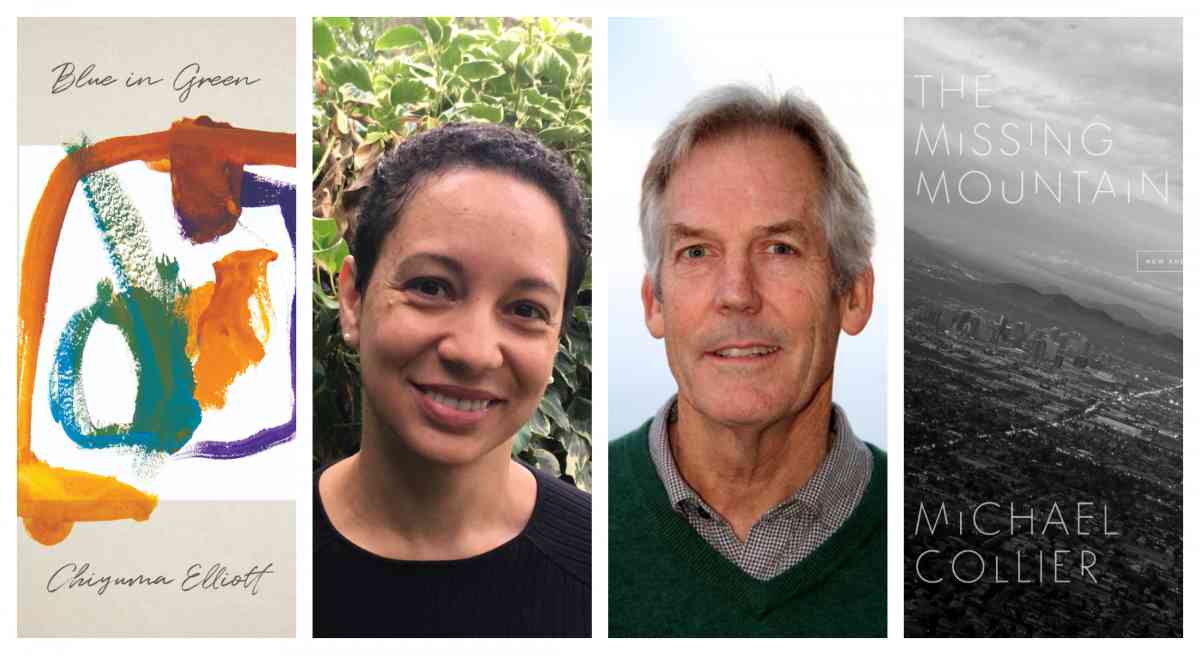