Join us for a night of improvisational music making using Madeleine Aguilar’s Mobile Music Maker and other self made instruments!

“Playing” is an improvisational (percussion) ensemble, performing within the constructs of games and rules. Often, raucous, often joyful, often falling apart, Playing is many things, but is rarely the same twice.

This performance is donation based, and will be held outdoors, all proceeds go to the artists!
BYOB 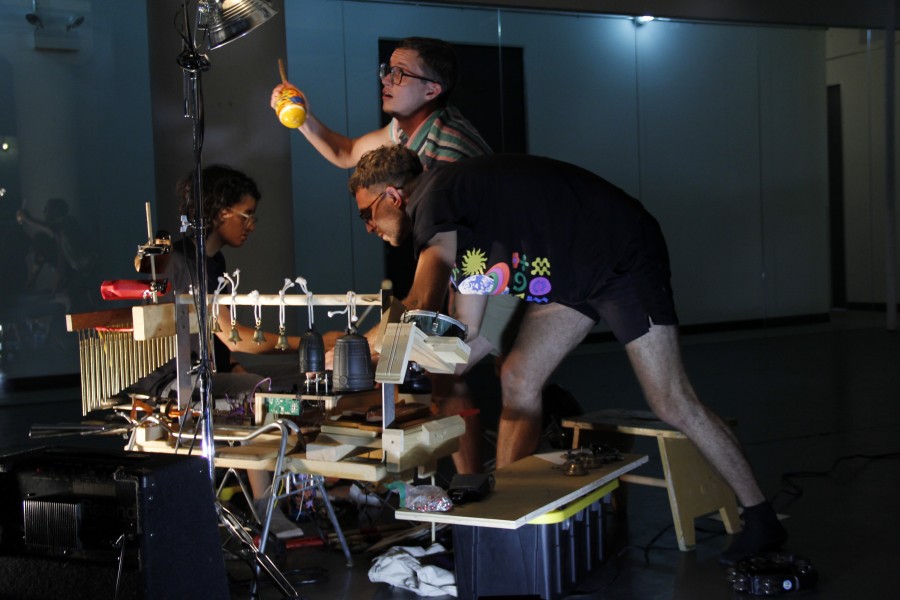