Catherine Edelman Gallery is pleased to present LEA LUND & ERIK K: Nomads, the artists’ first solo gallery exhibition in the United States. The show opens September 17 and runs through December 4, 2021. There will be an in-person public reception on Friday, September 17 from 5:00 – 7:30 p.m. The gallery is open by appointment Tuesday – Saturday. Email catherine@edelmangallery.com to schedule a visit.

Lea Lund & Erik K’s photographic collaboration is a story about love, a photographer finding her muse, and a subject claiming his identity. Lea, born and raised in Switzerland, and Erik, born and raised in Zaire (now the Democratic Republic of Congo), met ten years ago on a street in Lausanne and have been together since. Their photographs explore their relationship, the history of Zaire, and the effects of colonization on Erik and his identity. In 1971, years after Joseph Désiré Mobutu overthrew the government and took control, he banned women from wearing pants and men from wearing suits and ties, forcing all men to wear a Mao collar jacket. Today, Erik makes his own hats, dresses, ties, and other clothing, proudly defying the ban that was forced upon him. Together, Lea and Erik create images that place Erik in settings that challenge the norms in which black men are often seen: Instead of the chauffeur, he owns the car; instead of working the land, he surveys his property; instead of shining shoes, he is the shoe-wearing customer. Together, Lea and Erik call attention to the role of ownership, as seen through the poses and eyes of an elegant, black man.

Lea Lund & Erik K invite us into their home

Erik’s history is complicated: “Originally from the eastern Kasai, the diamond region, I come from the Luba tribe. Before colonization, my great-grandfather was one of the last kings of the Lubas, in the Mpiana tribe. The rest of the story up to my birth is long and complicated…I was born in Lubumbashi, in Katanga, the richest region of Zaire, thanks to its copper mines, on February 12, 1970. My first memories… I am in Kinshasa, the capital city. Daycare and primary school are in a neighborhood called Lemba… The most striking thing was the absence of my mother, whom I did not know. Without anyone telling me, I understood that she was not with me… After my father died in 1995, I left Zaire [now The Democratic Republic of Congo] for Cabinda, then Luanda, Angola. I lived there for three years, during the war between Eduardo Dos Santos and Jonas Savimbi, which traumatized me. In 1998, I managed to leave for Europe. I arrived in Switzerland, where I worked as a driver, then as a salesman in ready-to-wear and watchmaking. In 2011, I met Lea. After a few months, I resigned from my job to devote myself to our life of creation and travel.“

Lea’s history is less complex. She is a graduate of the fine arts of Lausanne, with a long career as a visual artist, designer, illustrator, photographer, and graphic designer. When she met Erik on the street, she says: “We were both recently divorced, it was a “collision” rather than a meeting… The next day, I offered to shoot his portrait. He accepted and I was challenged by what he had released in these first photographs, a mixture of melancholy and detachment, an appearance of an eternal stranger to the world… Very quickly, we made exhibitions, and continued to make photographs every day. Our life became a life of three; Erik, me, and the camera. A life of nomads in search of places, buildings, architecture, or landscapes.” Ten years later, Erik and Lea still travel, making photographs every day.

Book a private tour of the exhibition 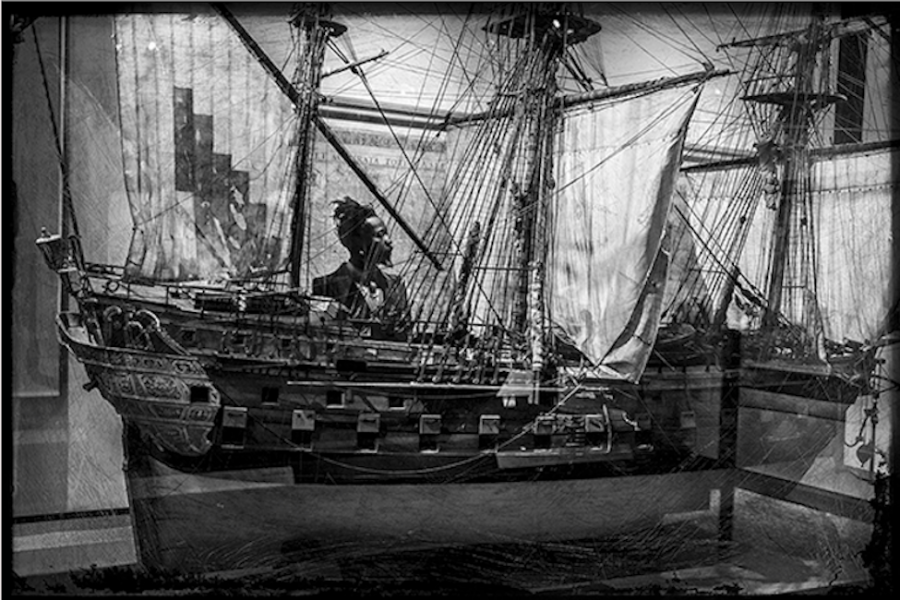