Aspect/Ratio Projects is pleased to present Reform, a new body of work from Jean Alexander Frater. Reform builds upon the artist’s varying expressions of continuous change. While her recent series of works Out of My Head addressed the rectangular support, gesture, and frame, the Reform paintings introduce a new process of wrapping the frame, producing an ongoing resurfacing, allowing for new forms to emerge. Central to this body of work is the studio process of working with the limited materials of traditional painting to discover how the rectangle or square can be reformed into new shapes that are no longer defined by itself. Alexander Frater produces an interplay between the form that is integrated on the piece, beside it, and within it. The paintings are built from torn strips of large color field paintings and as the canvas is torn, the colors painted underneath resurface. Through a conversation between the rectangle and the color field, they are transformed. Alexander Frater engages in a careful examination of the materials and undergoes a process of understanding them through construction, deconstruction, and reconstruction. Reform is a shape that points to movement and change, and it is newly defined as it is made. The paintings are heavy, as they have been scaled down and condensed into fractions of themselves. The weight and physicality of these works relate to gravity, the body, to labor and intention. Each painting in this series confronts the viewer, encouraging them to move around and experience the work in different lights and in new ways.

Jean Alexander Frater experiments with the materials inherent to painting and then integrates other histories, traditions and language into this form. She was a 2017-2018 Chicago Artists BOLT resident, received an MFA from School of Art the Institute of Chicago, and a BA in Philosophy, from the University of Dayton, Ohio. Her work has been exhibited internationally in venues such as the Wexner Center for Arts, Columbus; El Museo Cultural de Santa Fe; Images Festival, Toronto; Possible Project Space, Brook- lyn; Ben-Gurion airport, Tel Aviv; Kulturhuset, Stockholm, THE MISSION Gallery, Chicago; Transmitter Gallery, Brooklyn and Guest Spot @ The Reinstitute, Baltimore. 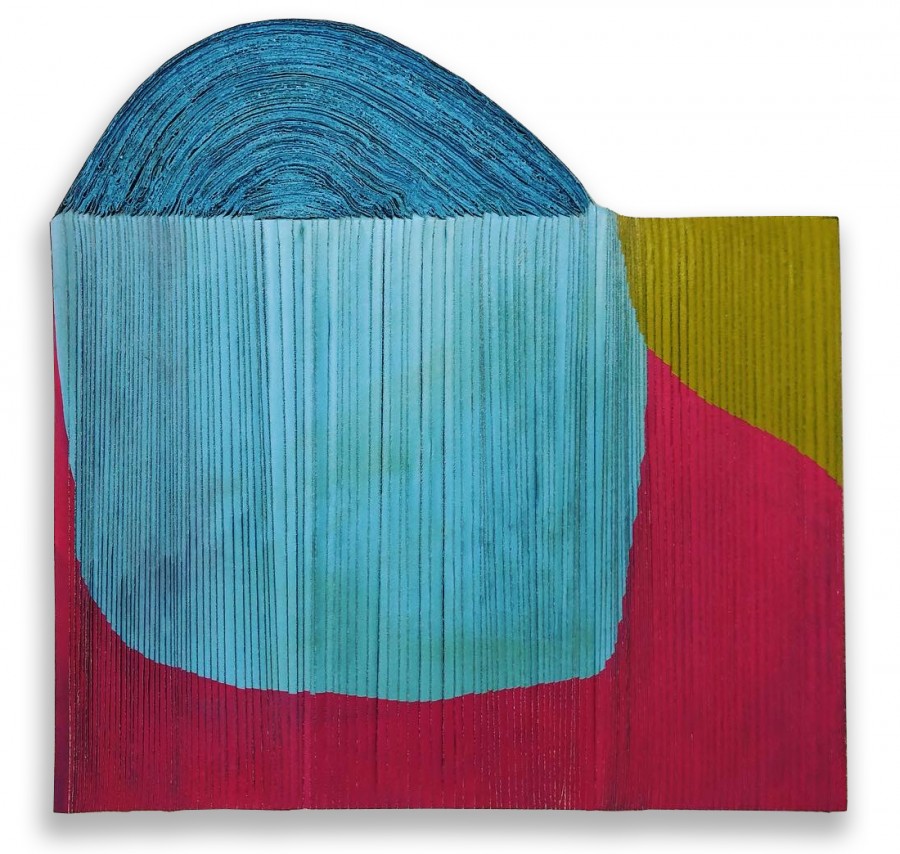