Since the Industrial Revolution technology has expanded exponentially. As the mechanical age falls into obsolescence its artifacts and collateral damage remain. As the information age draws to a close we are still struggling to process the paradigm shift. What are the internal/ external costs of the things we cultivate? Empty factories rust across the midwest, another species becomes extinct. Ego in crisis with our social media superegos as the algorithm tries to interpret us. Ecosystem in crisis, our insatiable desires endlessly consuming natural resources.

MOLG is performed by interference//, an audiovisual duo consisting of multi media artists Sky Goodman (visuals) and Beatrice Schleyer (dance), supported by Joey Meland and Jeff Schroeder on sound. Beatrice and Sky’s voices flow through the soundscape reciting poetry written in collaboration with artificial intelligence. The performance seeks not to solve the issues of our lives in the post digital age, but to reflect on how we have arrived at this point and where we might be headed.

interference// is the interface between maker and matter. Source material must be interfered with if it is to be transformed. As artists, there are many ways we directly and indirectly expose our materials to interference, many ways we collaborate with transformative forces. Gravity. Pressure. Static. Our participation sometimes may only involve facilitating a chance operation. interference// is the a/v duo Sky Goodman and Beatrice Schleyer, and was born out of a common ethos and 20+ years of friendship and unconditional love. interference// in its truest form is a live performance experience. Past performances include the cities of NY, Chicago, and Detroit. Over the pandemic the duo explored new avenues for audience and debuted their first NFT on the clean NFT platform Hicetnunc.

Joey Meland is a composer, performer, producer, sound designer, and educator whose genre-evading music has been described as “often elegiac, waiting until its passengers are lulled, then swerving into oncoming traffic … an antidote to placidity” A frequent collaborator, he has produced and performed on numerous records, toured extensively with multiple bands, designed sound for Chicago’s Rough House Theater, and shared the stage with the Grammy-nominated Spektral Quartet. He currently releases and performs his original music under the moniker “uuskhy.”

Jeff Schroeder has been both a touring and recording member of the critically acclaimed band, the Smashing Pumpkins. Growing up in Los Angeles, Jeff played in numerous bands, most notably, the Lassie Foundation. Between 1998 and 2004, Jeff recorded three albums and two EPs with the band. The sound of the Lassie Foundation can best be described as a melange of the British shoegaze movement with the vocal harmonies of the Beach Boys. From 2001 to 2007, he left the music industry to pursue a PhD in Comparative Literature at the University of California, Los Angeles. In the fall of 2006, Jeff was introduced to Billy Corgan, who was in Los Angeles making the Smashing Pumpkin’s album, Zeitgeist (2007). By the spring of 2007, he was officially on board as a member of the newly reformed band and toured the world in support of Zeitgeist. He continues to perform with the Smashing Pumpkins and is currently working on his own solo album.

Allen Moore is a Black American interdisciplinary artist, educator and curator born and raised in the small South Side Village of Robbins, IL. Allen holds a Bachelors of Arts from Chicago State University, a Masters in Arts from Governors State University and a Masters of Fine Arts from Northern Illinois University. His work converses with the signifiers of African American and popular culture, bringing to view the underlying themes of racial, emotional and socio-economic conditions. His work examines both visual and experimental music, emphasizing the importance of nurturing the Black Imagination with social activism and representation. His educational and curatorial practices focus on building spaces for advocacy, creative representation and healing, working/volunteering with organizations such as Comfort Station in Logan Square and A.C.R.E. in Pilsen. Allen implements the Maker Mindset while working as a STEAM Mentor and Instructor for Youth Opportunity United in Evanston IL, Teaching Artist at Marwen in Chicago IL.

Kd Did is a self taught audio and video artist currently residing in Chicago. Their work often utilizes antiquated broadcast implements as well as modern digital environments, and focuses on the emotional language of color, and the interrelation of the audio and video spectrum. 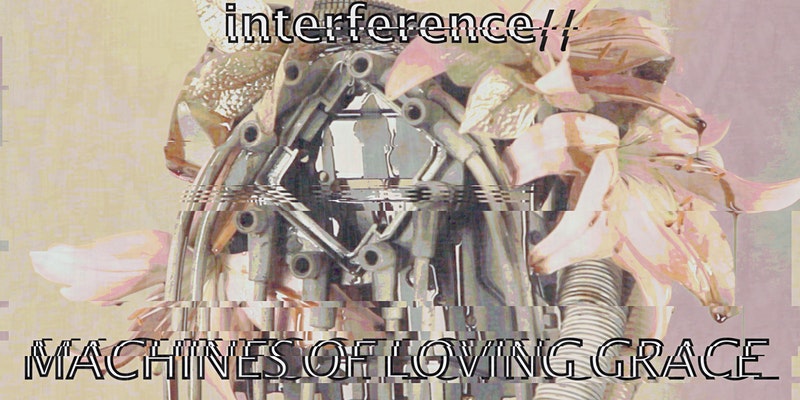