On view through Sunday, February 20th

All visitors are strongly encouraged to make a reservation here before visiting the museum.

In American Epidemic: Guns in the United States, ten artists examine the role guns play in structural violence, poverty, systemic racism, and an increasingly militarized police force. Using the photographic medium, these artists provide a nuanced exploration of the way in which guns are yielded in this country, including the politicization of trauma, public mourning (and the rote political refrain of “thoughts and prayers” in response to gun violence), and a host of other issues laid bare by this uniquely American plight.

Featuring work by Carolyn Drake, Nancy Floyd, Stephen Foster, Andres Gonzalez, Félix González-Torres, Deborah Luster, Zora J Murff, Renée Stout, and Hank Willis Thomas and Kambui Olujimi, American Epidemic not only explores the complex array of issues that arise with the increased presence of guns in American society, but advocates for an intersectional understanding of how gender, race, capitalism, and militarism affect the larger conversation around gun control in this country.

This exhibition is organized by Karen Irvine, Chief Curator and Deputy Director.

The MoCP is supported by Columbia College Chicago, the MoCP Advisory Board, the Museum Council, individuals, and private and corporate foundations. The 2021-2022 exhibition season is sponsored in part by the Philip and Edith Leonian Foundation, the Efroymson Family Fund, and the Illinois Arts Council Agency. American Epidemic: Guns in the United States has been generously supported through the National Endowment for the Arts. 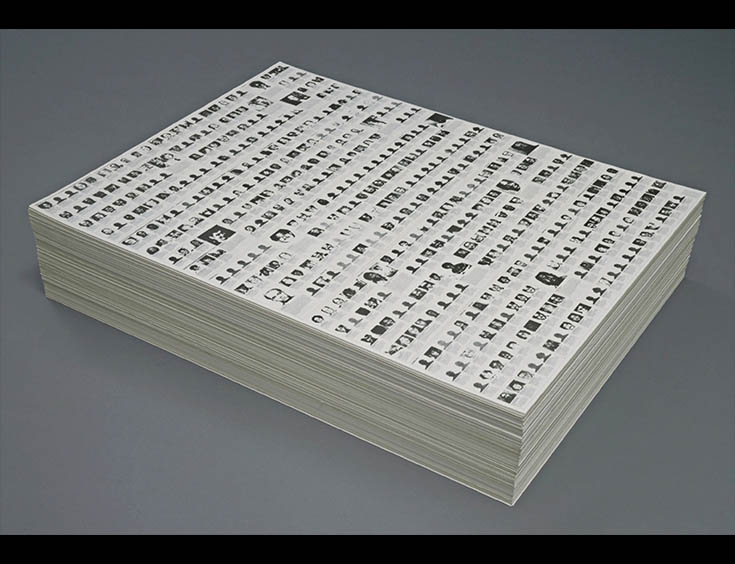