Tuesdays on the Terrace: Maggie Brown

Maggie Brown is an accomplished singer, songwriter, stage director, producer, and educator. Chicago Tribute called her “one of the most fiercely committed artists in Chicago”. Brown embodies a powerful and passionate performance, whether she is presenting with her own trio or with Orbert Davis’s full 60-piece Chicago Jazz Philharmonic Orchestra. She has recorded with Abbey Lincoln, Jonathan Butler, Ramsey Lewis, Stevie Wonder, and her legendary father Oscar Brown Jr. In 1995, Brown launched her own independent label, MagPie Records, releasing her first solo project From My Window. The CD was nominated for a Chicago Music Award for Best Jazz CD. Before her father passed, Brown produced a live concert recording with him called We’re Live. 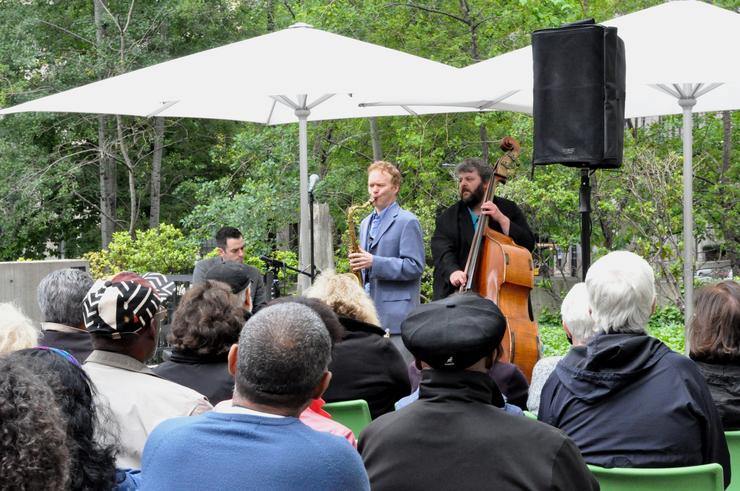