Originally from Pomona, California, percussionist Greg Artry Jr was exposed to the drum set at the age of two by his father, who was a professional session drummer. At age 10, Artry and his family moved to Indianapolis where the evidence of his talent began to unfold. He was accepted into the fledgling Performing Arts Magnet Program, and that initiative allowed him to study a variety of instruments formally, including cello and voice. Artry attended the University of Louisville on scholarship, and upon graduation, he returned to Indiana and began his professional career. He’s worked with musicians such as Melvin Rhyne, Pharez Whitted, Bobby Broom, Slide Hampton, Bobby Watson, Charles McPherson, Claudio Roditi, Donald Harrison Jr, Syl Johnson, Steve Turre, Victor Goines, Willie Pickens, Sonny Fortune, and many others across the United States. 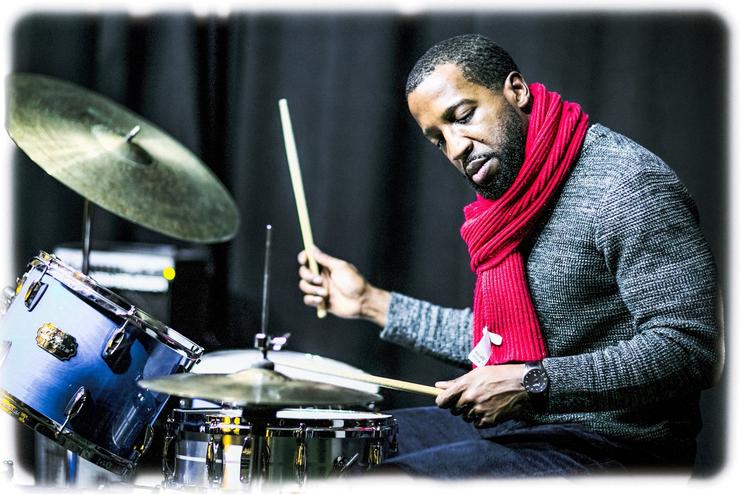