There Are People Here Too

On view through Friday, October 8th

Blanc Gallery presents, There Are People Here Too, an exhibition by Cain Baum and Rohan Ayinde from August 20 – October 8.

Pivoting around a group of sculptures made by Baum, There Are People Here Too, is a collaboration between two friends that maps a non-linear journey through a set of conversations one-and-a-half years in the making. The stalks of sunflowers Baum and Ayinde planted together become surreal black arrows that suggest movement in directions with no particular destination. Pieces from previous sculptures show up to help new forms move from one place to another. Black triangles explode off the page to anchor new textures and offer doorways into questions around gravity, time, trade routes and colonialism.

Throughout the exhibition there is a concern with upending the landscapes we have inherited, rupturing the logics that render them stable, and posing questions that use the material language of the work in There Are People Here Too to fracture and simultaneously recombine the complex layers that make up our contemporary horizons. There are no answers here. There is no clear narrative. There are shapes and forms that mirror, become un-seamed and show up elsewhere. There is an attention to iteration; of self, art, dialogue, land, ideas. There is the whisper of two voices that have become comfortable nudging in and out of different depths, losing each other before finding new points of harmony. There is the meandering texture of friendship, its surface craggy and uneven – a landscape in its own right. There are nuanced ruminations on race and identity; routes from the Indian subcontinent and Africa coming into contact on the shores of the Caribbean. And there is poetry, which “must be made by all.”

Cain Baum is an artist, builder, educator and archivist from Chicago’s southside. Pursuing the surreal object, building to live, educating and collecting to make place for his work and the work of his many students and colleagues.  My sculpture takes its form early in its life and finds a level of completion after a period of rest. It is in this period of rest that there is a swirling and tumbling of information, a timeline cannot capture this process, instead it is attention, preparedness and readiness that bring my wooden objects to their surreal states. I do not intend to make a surreal object, however I cannot relieve myself of this occupation. I lean into the celestial and large scale thoughts of what can be and with iteration and trial I can lean on the material of wood for its capacity to hold history and its characteristics of retaining identity. I am shaping, craggily, smooth, uneven planes within my sculpture and while the work finds its form early, it’s the product of attention and the culmination of a surreal middling of solid, purposeful accompanying parts as grounded as something you would find in this life.

Rohan Ayinde is an interdisciplinary poet based in London and often working in Chicago. His work is centred around creating “otherwise” potentials (Ashon Crawley), and in so doing breaking down and simultaneously reconfiguring the ideological architectures that shape our daily and generational lives. The landscapes his work explores are formed through the lens of a black radical tradition committed to imagining freedom as a horizon of possibility. They are an archive of the journey there; maps under continuous construction; refusals to acquiesce to the dominant structures of thought that frame the world we live in.

Oscillating between poetry, photography, video, drawings, and curatorial projects, Ayinde’s work is in a constant negotiation with itself, trying to understand the role it plays in building the worlds it is invested in imagining. Most recently, his work is shaped by a dance around the possibility opened up by the logics of black holes, specifically when read in conversation with the historical and material conditions of blackness.

Rohan Ayinde is one half of the wayward/motile collaborative duo i.as.in.we, with friend/producer/dancer Yewande YoYo Odunubi. He received his MA in Visual and Critical Studies from the School of the Art Institute of Chicago (2019). He is a curatorial fellow with ACRE projects, and has curated shows at Blanc Gallery (Chicago), ACRE Projects (Chicago) and NOW Gallery (London).

Ayinde’s work exists in many places, both fleeting and permanent. 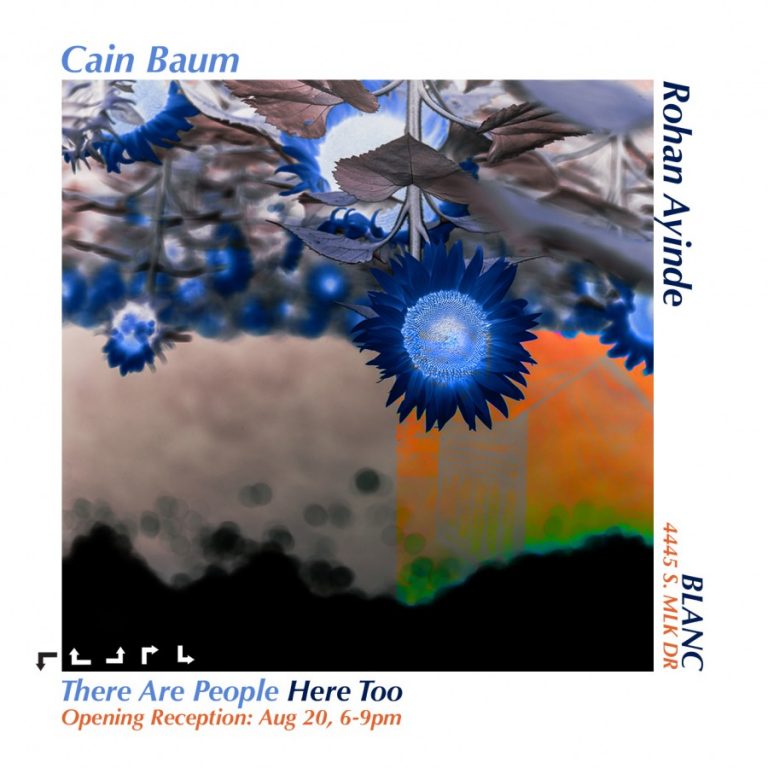