The School of the Art Institute of Chicago joins Bulletin of the Atomic Scientists on Anniversary of Japanese Nuclear Bombings in growing call for disarmament.

The START A REACTION project teams world-renowned curators with award-winning artists to raise awareness of an ongoing nuclear arms crisis.

For the first time ever, an all-star team of artists, curators, and nuclear scientists is coming together in Chicago to energize the nuclear disarmament debate. “It’s the most pressing crisis of our generation,” says Rachel Bronson, President of the Bulletin of the Atomic Scientists. “Climate change might wipe us out in a few decades, but nuclear weapons could wipe us out tomorrow.”

Over the past year a group of research fellows at the School of the Art Institute of Chicago has been investigating ways to use art and tech to address the threat of nuclear arms. Now, during the first week in August, their Start a Reaction project will carry out media and performance workshops with youth from the Chicago Area Peace Action group, nuclear non-proliferation leaders, and artists.

Start a Reaction will culminate in a one-day-only exhibition on August 7 in Hyde Park. It will feature performances by Japanese choreographer and MacArthur genius grant winner Eiko Otake, who will perform a new work that interweaves the 1945 story with the perils of today. A site-specific, augmented reality environment has also been commissioned which takes the audience on a poetic quantum journey into time and space. It is the creation of Judd Morrissey, in collaboration with Taylor Shuck and Abraham Avnisan into realms implicit in the subject.

Each work will occur three times, alternately between 4:30-7:30pm on Saturday evening, August 7. This event is timed between the anniversaries of the Hiroshima and Nagasaki bombings.

The event will take place on South Ellis Avenue on the UChicago campus, the location of the world’s first nuclear reactor, a site first commemorated in 1967 with a public work by British sculptor Henry Moore who named it Atom Piece (Peace), but the commissioners renamed Nuclear Energy.

An accompanying website, startareaction.org, will supplement the event by modeling an artistic response to the issue of nuclear nonproliferation and presenting a “toolkit” for activists who are interested in staging similar interventions in the disarmament space.

Start a Reaction is a project of the School of the Art Institute of Chicago’s Institute for Curatorial Research and Practice (ICRP), in collaboration with the Bulletin of the Atomic Scientists and in partnership with Pedro Reyes’s Amnesia Atomica. It is supported by a grant from the Abakanowicz Arts and Culture Charitable Foundation. 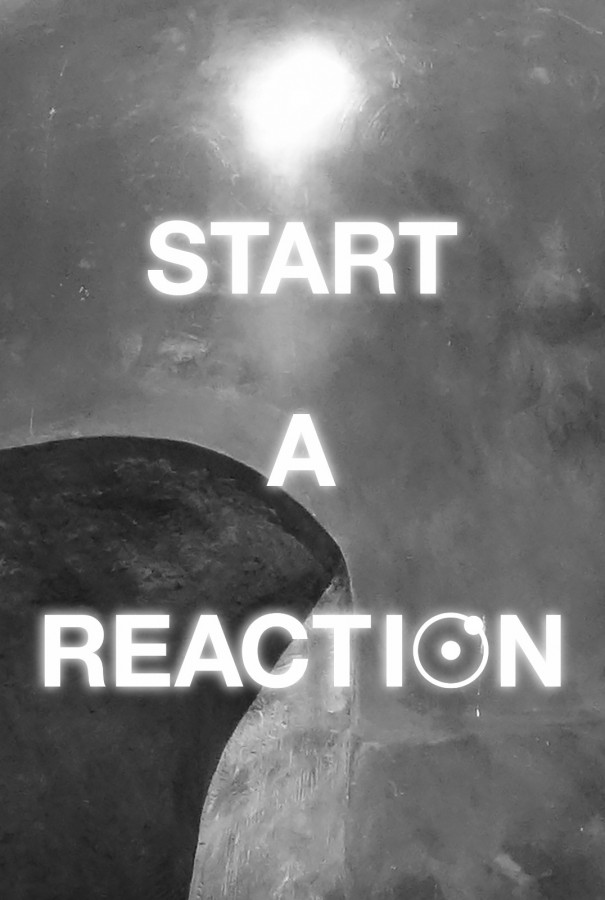