Compound Yellow is so excited to host
NadNavillus at Side Yard Sounds with an opening performance Madeleine Aguilar!

Join us Friday night on August 27th at 7:30PM for Dan Sullivan & Rob Bochnik performing as NadNavillus with an opening performance by Madeleine Aguilar. Tickets are available on Eventbrite! https://www.eventbrite.com/…/nadnavillus-at-side-yard…

In the late 90s and early 2000s Dan Sullivan worked under the moniker NadNavillus. Pairing a clear-eyed honesty in the songwriting with a unique and often athletic approach to open-tuning fingerstyle guitar, Dan toured extensively and released 2 LPs with the then fledgling label Jagjaguwar in Bloomington Indiana. For this performance Dan will be joined by frequent collaborator and multi-instrumentalist Rob Bochnik, performing new songs from a soon-to-released LP.

Madeleine Aguilar is an interdisciplinary artist and multi-instrumental musician from Chicago. She has written and produced albums in response to a course on quantum physics, during a 7 week summer road trip, reflecting on the life of Joan of Arc, and as a series of portraits of people. 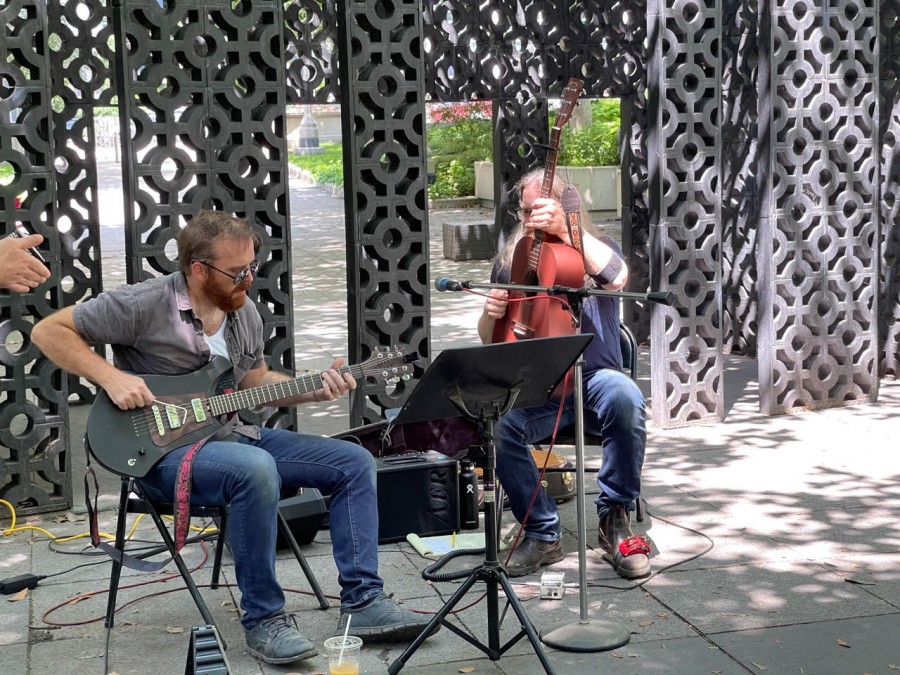