Leonard S. Marcus and Meg Medina discuss the new book “You Can’t Say That!,” a collection of interviews with YA writers about censorship.

What happens when freedom of expression comes under threat? In frank and wide-ranging interviews, historian and critic Leonard S. Marcus probes the experience of thirteen leading authors of books for young people in You Can’t Say That!: Writers for Young People Talk About Censorship, Free Expression, and the Stories They Have To Tell. For this program, Marcus is joined by Meg Medina, one of the writers featured in the book, to discuss the interviews, compiling them together, and the themes of the book.

More about You Can’t Say That!

A powerful photo essay on transgender teens is called anti-religious and anti-family. A meticulously researched primer on sex education stirs up accusations of pornography and child abuse. Picture books about two mommies (or two penguin daddies) set off a hue and cry. Two hugely popular children’s series run afoul of would-be censors, one for its scatological humor, the other because it’s deemed too scary. Kids’ books that touch on race, sex, LGBTQ matters, the occult, “coarse language,” and more have found themselves under the scrutiny of those who challenge First Amendment rights.

Tune in as thirteen top children’s and young adult authors speak out about what it’s like to have your work banned or challenged in America today. Prompted by Leonard S. Marcus’s insightful questions, they discuss why their books have faced censorship—both blatant and “soft”—how the challenges have or haven’t affected their writing, and why some people feel they have the right to deny access to books. In addition, Leonard S. Marcus puts First Amendment challenges in a historical context and takes a promising look at the vibrant support network that has risen up to protect and defend young people’s rights.

LEONARD S. MARCUS is one of the world’s leading writers about children’s books and the people who create them. He is the award-winning author of more than twenty-five books, including Show Me a Story! Why Picture Books Matter; Dear Genius: The Letters of Ursula Nordstrom; The Wand in the Word: Conversations with Writers of Fantasy; Funny Business: Conversations with Writers of Comedy; and Comics Confidential: Thirteen Graphic Novelists Talk Story, Craft, and Life Outside the Box. His essays, interviews, and reviews appear in the New York Times Book Review and Horn Book magazine. A founding trustee of the Eric Carle Museum of Picture Book Art, he teaches at New York University and the School of Visual Arts and lectures about his work across the world. He lives in Brooklyn, New York.

MEG MEDINA is the 2019 Newbery Medalist for Merci Suárez Changes Gears. About her new book, Merci Suárez Can’t Dance, she says, “I’m so excited to bring my readers into the world of the Suárez family and Seaward Pines once again…New friends, new teachers, and new self-doubts. It’s been a thrill to write about all the zany things that the seventh grade can throw at a person.” The recipient of the Pura Belpré Author Award for her young adult novel Yaqui Delgado Wants to Kick Your Ass, Meg Medina is also the author of the novels Burn Baby Burn and The Girl Who Could Silence the Wind and the picture books Mango, Abuela, and Me and Tía Isa Wants a Car, for which she received an Ezra Jack Keats New Writer Award. Meg Medina lives in Richmond, Virginia, with her family. 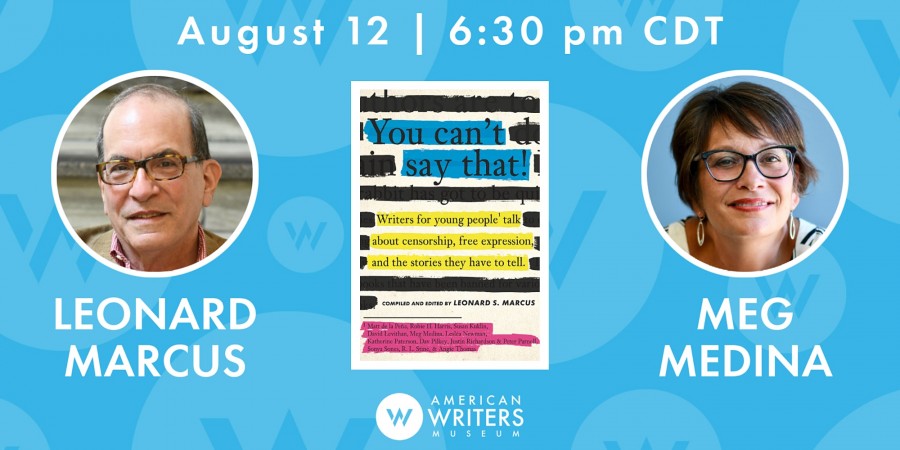