Chicago percussionist and composer Tim Daisy presents an evening of original sounds which will include a first-time duo meeting with pianist Mabel Kwan as well as the return of his working trio ‘Red Space’ with Jeb Bishop on trombone and Mars Williams on saxophones. The trio will perform and record a new book of material to be released on Relay Recordings in early 2022.

Pianist Mabel Kwan specializes in contemporary music. She plays with Ensemble Dal Niente, Restroy, Fifth Season, Mega Laverne and Shirley, and Uluuul. Mabel is a 2017 3Arts Awardee, 2018 High Concept Labs Artist, and 2020 City of Chicago Esteemed Artist. Her interest in art and music began at an early age when she started accompanying her father on lieder, arias, and Chinese folk songs. Mabel brings together the intuitive, strange, and song-like in her experimental performances.

Tim Daisy is a Chicago-based percussionist and composer working in the fields of improvised and composed music.

He has performed and recorded original music for modern dance, sound installations, film, and improvised music ensembles of various configurations since 1997. Tim also owns and operates Relay Records, launched in 2011 it documents much of the collaborative work that he has been involved with both at home and abroad. Tim helps curate the weekly OPTION series at Experimental Sound Studio in Chicago. The programming explores contemporary perspectives on improvisation and composition in a ‘salon’ format, enabling local, national, and international artists to publicly discuss their practice and ideas as well as perform. 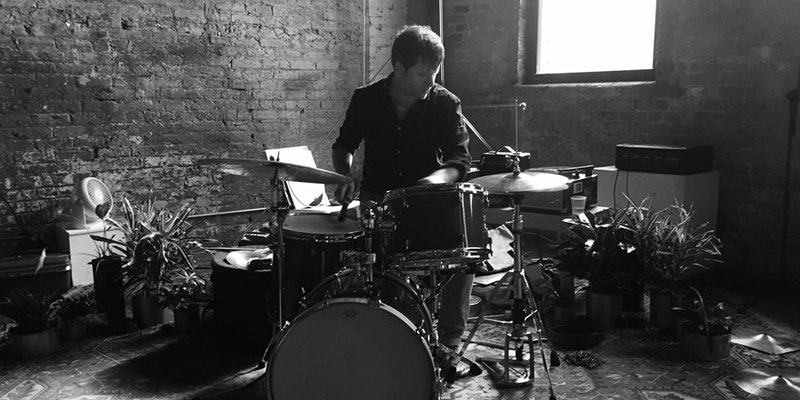