Join us for an evening with pianist Yuko Fujiyama and drummer/percussionist Reggie Nicholson paired with bassist Tatsu Aoki and the woodwind sounds from Edward Wilkerson Jr.’
Touched by the music of  Cecil Taylor, Yuko  came to the US in 1987. In 1993 she started performing her original improisational music in concerts, clubs, and festivals in and around New York City and overseas. She has been performing as a leader with musicians such as Fred Hopkins, Wilbur Morris, William Parker, Mark Dresser(bass), Dennis Charles, and Ikue Mori, Reggie Nicholson, Susie Ibarra, Gerry Hemingway, Lou Grassi, Rashid Bakr, Kevin Norton, Satoshi Taekishi, Newman Baker(drums), Tomas Ulrich(cello), Billy Bang, Mark Feldman, Jennifer Choi(violin), Roy Campbell, Graham Haynes(trumpet/cornet), Tomas Chapin, Sabir Mateen(sax), and Steve Swell(trombone) to name a few.

The instantly recognizable style and sound of Reggie Nicholson has elevated him to one of the most distinctive, inventive and inspirational drummer/percussionist of his generation; a formidable technician, but one who uses his considerable skills constructively and with infinite taste.

Edward Wilkerson Jr. is an internationally recognized jazz musician, composer, arranger, and educator based in Chicago. As founder and director of the octet 8 Bold Souls and the twenty-five-member ensemble Shadow Vignettes, Wilkerson has toured festivals and concert halls throughout the US, Europe, Japan, and the Middle East.

Tatsu Aoki was named one of 2001’s “Chicagoans of the year” by Chicago Tribune for his music for his cross cultural music and has performed with masters such as Roscoe Mitchell, Don Moye, pipa virtuoso Wu Man, and was the primary bassist for the late Chicago legend Fred Anderson. His MIYUMI Project ensemble was chosen as the official musical presenters for the unveiling of Yoko Ono’s installation, “SKYLANDING” in Chicago’s own Jackson Park; which also resulted in the group recording the album “SKYLANDING”, produced by Yoko Ono. 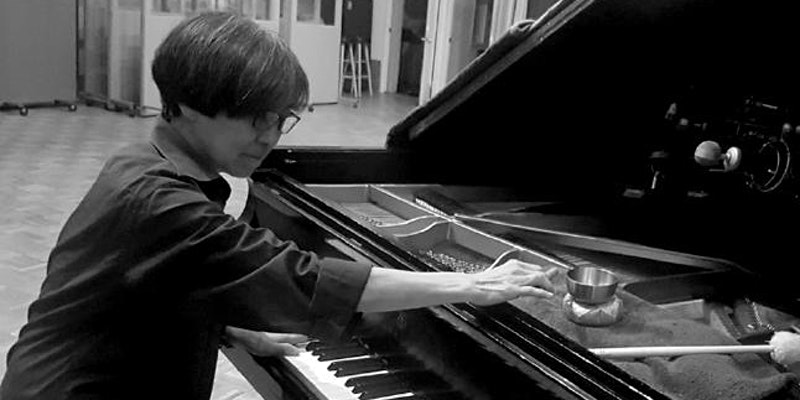