Finally, I arrive. There is my mother, waiting for me. Does she need anything? She admits, “Maginaw nang kaunti.” Somewhere else, I think, Here is the place where my Tagalog is perfect.

All along the way had been a thousand blankets I could have gathered, pulled across states, an ocean, a forest of pine and birch, and billowed onto her small shoulders. Instead, my hands are pale and empty.

So picture, like I did, a doubling: a wide, vacant duvet cover you fold in half. Enough for a warm night in a winter monsoon (let’s say), or a cool night in this kind of summer. Thick. Crumpling over you.

You can stick out your limbs if it gets too hot.

Now, wake up. Pakiramdam mo you are untethered in water.

There is a thought that runs in your family and into you: that a strange feeling in your body has its origin in someone you love.

Wonder whose ghosts meet up with yours. Where is your mother dreaming?

Pakiramdam, meaning intuition or feeling, explores how distances both actual and metaphorical render the real as otherworldly, and ways that kinship connects us across such distances. It encodes a personal history of immigration, migration, parentage, and embodiments of hybridity along the way, bringing the ghostly and human into a single space. In the project, ghosts are not just representations of the past, they are disembodied presences who are a phone call, text message, or video chat—a technological “seance”—away. Meanwhile, to be human is to contend with demands for exactitude, specific locations in space and time, and visible manifestations of identity.

The fabric panels reference family photos taken in the Philippines and, later, Sweden, household objects that relate to the family’s origins, and the Barong Tagalog and Filipiniana dresses, traditional Filipino garments that have elements reflecting the Spanish colonial era. Painted on the windows, a comic illustrates a simple act of folding bed linens. With overlays and layerings that include viewers’ reflections in the glass, the project interrogates distinctions between body and person, stranger and self, parent and child, or immigrant and local; between absence and presence, especially when only distanced interaction is possible; and, within the multifaceted (or multiracial) identity, between authenticity and synthesis.

As the viewing angle changes, our ghost and human bodies come together and shift apart.

Pakiramdam will open on July 3rd, at 5pm and will be on view in the windows of Co-Prosperity until July 31st. The artist will host two guided workshops that will prompt recollection, writing, and/or drawing to visualize our memories and encode them into short poetry comics. Each one starts with a look at abstract comics, poetry comics, and montage techniques for inspiration. Everyone is welcome—no previous experience with comics or creative writing is required. Workshop dates will be announced soon.

Object Memory. Participants will bring in a personal artifact—an heirloom or object with a long history (or several pictures of one)—to use as the basis for their comic. After a brief look at abstract and poetry comics, we’ll collect memories related to the object, and use them to structure and create a comic.
In Other Words. Participants will use a favorite line of poetry or prose to generate the content and structure for their comics. We’ll look at examples of montage and related techniques from a variety of sources. Then, we will collect, curate, and montage personal and inherited memories in an original comic.

Alex Belardo Kostiw is a graphic designer, artist, and educator. Her practice deals in poetic and iterative elements, visual structures of comics, and conceptually driven forms. Like dense knots, her publications invite interactive, intuitive reading—even as they resist full unraveling. By exploring the ambiguities of language and expression, her work forms a liminal space for feeling out complicated realities of identity, human intimacy, and unfamiliar worlds. Alex received an MFA in Visual Communication Design from the School of the Art Institute of Chicago and a BA in English literature from the University of Chicago. She has participated in such shows as the Toronto Comic Arts Festival, Chicago Alternative Comics Expo, LA Art Book Fair, and Chicago Art Book Fair. Her work is in the special collections of several libraries and the National Museum of Women in the Arts. She lives and works in Chicago. 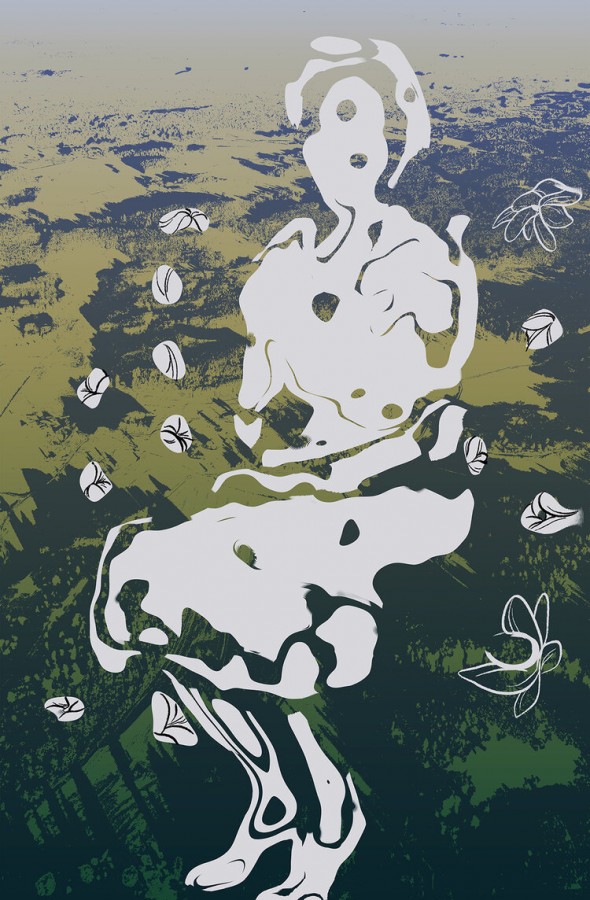