Kara Walker: Presenting Negro Scenes Drawn Upon My Passage through the South and Reconfigured for the Benefit of Enlightened Audiences Wherever Such May Be Found, By Myself, Missus K.E.B. Walker, Colored

On view through Saturday, October 16th

Kara Walker: Presenting Negro Scenes Drawn Upon My Passage through the South and Reconfigured for the Benefit of Enlightened Audiences Wherever Such May Be Found, By Myself, Missus K.E.B. Walker, Colored
July 17–October 16, 2021

Within its Roundhouse exhibition space, the DuSable presents a signature black silhouette installation from Kara Walker as part of Toward Common Cause.

Across three decades of making artworks of black cut-out figures, Walker has turned the harm of racism upon itself by refusing to veil the history of slavery in shame or euphemism. Underscoring racism, stereotypes, and bodily desire as black-and-white issues, this installation presents antebellum characters in the style of black paper portraiture, a genre whose use from the mid-17th century through the late 19th century not only overlapped with the history of slavery but also perpetuated extremely problematic stereotypes about Black people. Offered up for reconsideration in our time, these vignettes confront us with powerful questions of how to deal with our nation’s painful past.

Now making a historic return to Chicago’s South Side, this installation was first presented in 1997 at the nearby Renaissance Society.

Make a reservation to visit the DuSable Museum

In 1961, with a few dedicated colleagues and a dream, the artist/educator/writer/activist Margaret Taylor Burroughs established our nation’s first independent museum celebrating Black culture. The Ebony Museum of Negro History and Art was inaugurated that very year in the Burroughs’ home on Chicago’s iconic South Side. Burroughs was proud that the Museum was “the only one that grew out of the indigenous Black community.”

At its 60th anniversary, the Museum—since named to honor Jean-Baptiste Pointe DuSable, the Haitian-born founder of Chicago—has welcomed millions of visitors to its home in Chicago’s historic Washington Park to experience its innovative and timely exhibitions and powerful and transformative educational programs, which together place the African American narrative firmly within the broader context of U.S. history. The DuSable is a convener; a point of connection; and a place where difficult conversations lead to reconciliation and renewal. And, as a beacon of strength and a refuge of reason, the Museum is a vital part of a socially equitable reconciliation of our nation’s historic divisions.

An initiative of Toward Common Cause

Toward Common Cause: Art, Social Change, and the MacArthur Fellows Program at 40 explores the extent to which certain resources—air, land, water, and even culture—can be held in common. Raising questions about inclusion, exclusion, ownership, and rights of access, the exhibition considers art’s vital role in society as a call to vigilance, a way to bear witness, and a potential act of resistance. Presented on the 40th anniversary of the MacArthur Fellows Program, Toward Common Cause deploys the Fellows Program as “intellectual commons” and features new and recontextualized work by 29 visual artists who have been named Fellows since the award program’s founding in 1981.

Tags: Chicago, DuSable Museum of African American History, Kara Walker, Presenting Negro Scenes Drawn Upon My Passage through the South and Reconfigured for the Benefit of Enlightened Audiences Wherever Such May Be Found By Myself Missus K.E.B. Walker Colored, Washington Park 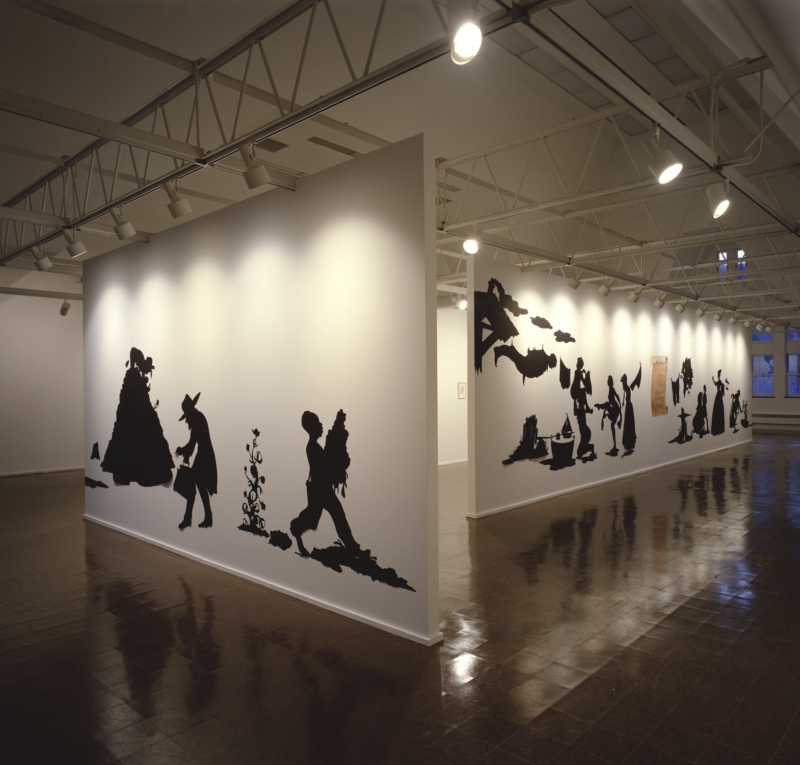