Join us for a performance by Gerald Dowd and Rachel Drew at Compound Yellow!

Gerald Dowd and Rachel Drew have been performing together since 2015. This singer-songwriter duo offers up close harmony with acoustic guitars.

Richard Milne of XRT has described Gerald Dowd as “the hardest working drummer in Chicago,” but he is also a prolific and accomplished songwriter. Describing Dowd’s 2014 release, “Home Now,” No Depression wrote of its “hook-heavy, cleverly crafted tunes….with humor and catchy melodies, influenced by everything from country to rock to R&B, all tied together with a great pop sensibility.”

Rachel Drew grew up in a musical household in the Lakeview neighborhood of Chicago. She burst onto the Chicago music scene in 2015, having already written hundreds of songs, and has quickly become a local favorite with one album under her belt.

BYOB! This event will held outdoors. You can pay $15 at the door by Venmo, PayPal, Stripe or cash. Tickets can also be purchased here. 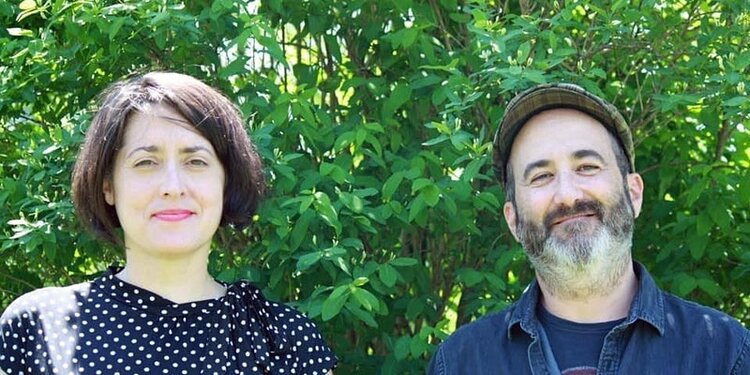