For this virtual program in the orbit of his exhibition Heirloom, Matthew Metzger joins critic and writer Jan Verwoert for a conversation about the show, abstraction, and other shared questions emerging from their work.

Jan Verwoert teaches at the Oslo National Academy of the Arts, the Piet Zwart Institute Rotterdam, and the de Appel curatorial programme, Amsterdam. He is a contributing editor of Frieze magazine and his writing has appeared in different journals, anthologies, and monographs. He is the author of Bas Jan Ader: In Search of the Miraculous (MIT Press/Afterall Books, 2006), the essay collection Tell Me What You Want What You Really Really Want (Sternberg Press/Piet Zwart Institute, 2010), Animal Spirits—Fables in the Parlance of Our Time together with Michael Stevenson (Christoph Keller Editions, JRP, Zurich, 2013), and a second collection of essays Cookie! (Sternberg Press/Piet Zwart Institute, 2014).

Matthew Metzger’s paintings often closely replicate not-quite-familiar images, cultural artifacts, or common objects that signify nauseating conditions of power—conditions that for him leave self-expression feeling inadequate or corrupted, requiring a different way forward. While rendering each painting with an obsessive focus, Metzger relies on abstraction to more than formal ends, using it as an active means of distortion that mirrors the effects of our information ecologies and other aspects of culture today.

In Heirloom, Metzger presents a new ensemble of works, conceived as an installation for the Renaissance Society and its space. This exhibition strategically brings together a collection of “odds and ends,” paintings that echo and invert motifs shared among many of Metzger’s ongoing series and beyond. Whether political regimes, or expressive vocabularies, capitalism, or simply the heart’s ability to pump blood, what do we do with the systems we inherit that fail repeatedly? This question has continued to unravel slowly in Metzger’s studio over the past four years. Recognizing the breadth of such a question, Metzger considers the ramifications and aesthetics of learned behaviors and ideologies, and their impacts on traditions of expression.

“Modeling” and repetition continue to reinforce inherited, restrictive systems of meaning making, governance, and influence. From the atelier tradition in painting to the power of a dictator, to patterns in public education, violence, and even speech, models proliferate and become a form of constraint. Thoughts and actions, from childhood and throughout one’s life, in part become a performance of the systems we are taught to use and trust. For Metzger, abstraction has become a way around this paradox, albeit a convoluted one. On the one hand, abstraction in painting today is yet another performance of an iconic system of expression, bound up by taste and the market. On the other hand, abstraction in language and image remains a core method for personalizing meaning that in fact welcomes subjectivity, allowing the artist to find intimacy in politics, privacy in symbols, and individuation in everyday commodities.

Heirloom is further guided by Metzger’s manipulation of surfaces and grounds. These are familiar concepts in painting, but in practice they can become complicated points of pressure on the body that simultaneously orient and distort. Metzger embraces this in the exhibition through varying methods of representation that weigh how abstraction is used and deployed by systems of power and also by individuals who desire to speak.

MATTHEW METZGER (b. 1978) lives and works in Chicago. He received his MFA from The University of Chicago and attended the Skowhegan School of Painting and Sculpture Residency Program, both in 2009. Metzger is Associate Professor in the School of Art & Art History at the University of Illinois at Chicago. His most recent solo exhibitions include Regards, Chicago; Corbett vs. Dempsey, Chicago; and Arratia Beer, Berlin. His work has also been featured in various group exhibitions such as Without Stopping, Ratio 3, San Francisco; Retrogarde, Logan Center Exhibitions, Chicago; The Freedom Principle, Museum of Contemporary Art, Chicago and Institute of Contemporary Art, Philadelphia; and The Works, Fondation CAB, Brussels.

MATTHEW METZGER, GRAY, 2021. COURTESY OF THE ARTIST AND REGARDS.

Exhibitions are free to attend, but an appointment is required. Book your reservation at https://www.exploretock.com/therenaissancesociety 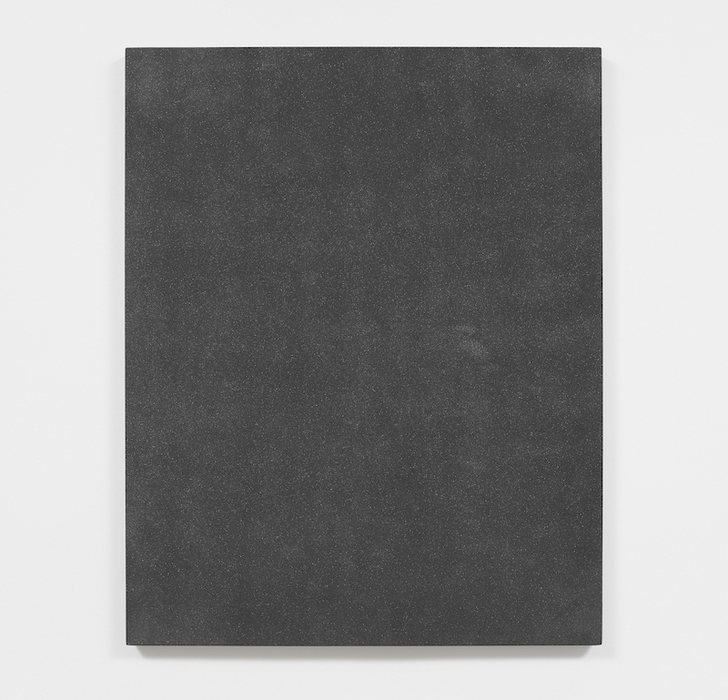