Please join curator and professor Dieter Roelstraete in conversation with Theaster Gates on the occasion of Theaster Gates: How to Sell Hardware.

Gates and Roelstraete will discuss Gates’s current exhibition at Gray Warehouse and its relation to his broader practice.

The conversation will be followed by a dance party to close out the exhibition.

Register to attend the talk here

The artist’s activation of disused materials in How to Sell Hardware speaks to the longstanding application of archives within his artistic practice. Gates first used the hardware store as a material and conceptual medium in his exhibition, True Value, which debuted at the Fondazione Prada in Milan in 2016. Alongside his work in ceramics, painting, sculpture, installation, music, and performance, Gates’s work with archives—which includes the preservation of Jet and Ebony magazines, as well as the recovery of numerous buildings on Chicago’s South Side—draw from diverse sources and narratives, and invoke the thoughtful examination of oft-neglected or distorted Black cultural and social histories.

Theaster Gates (b.1973) currently lives and works in Chicago. Gates creates works that engage with space theory and land development, sculpture and performance. Drawing on his interest and training in urban planning and preservation, Gates redeems spaces that have been left behind. Known for his recirculation of art world capital, Gates’s practice focuses on the possibility of the “life within things.” His work contends with the notion of Black space as a formal exercise – one defined by collective desire, artistic agency, and the tactics of a pragmatist.

Gates has received numerous awards, including the Crystal Award (2020), Nasher Prize (2018), the KurtSchwitters Prize (2017), the American Academy of Arts & Sciences Award (2016), and the Smithsonian American Ingenuity Award for Social Progress (2015). His work can be found in public collections worldwide, including the Menil Collection, Houston; the Brooklyn Museum of Art, New York; the National Gallery of Canada, Ontario; the Museum of Contemporary Art, Chicago; the Tate Gallery, London; and the San Francisco Museum of Modern Art. Gates is a professor at the University of Chicago in the Department of Visual Arts and the Harris School of Public Policy.

Theaster Gates: How to Sell Hardware is on view at Gray Warehouse, 2044 West Carroll Avenue, in Chicago from May 28 through July 31, 2021. Gray Warehouse is open Tuesday through Saturday, 10 AM – 5 PM CT. To schedule an appointment, click here. 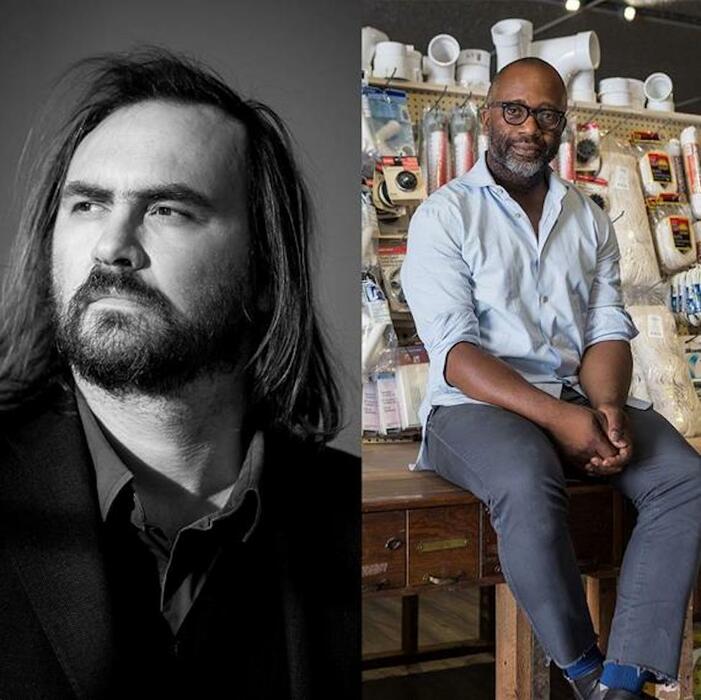