Bob Tanner: What Was…Isn’t by: Talk

On view through Sunday, August 1st

A Zoom Conversation with Bob Tanner will be held on Thursday, July 22nd at 7:00 p.m. Click HERE to register.

In 1996, following 36 years directing films and video, Bob Tanner returned to making expressive photographs. Among his early photographic subjects were dried and peeling avocado pits. Another 24 years passed and one evening after enjoying an avocado, Bob began to make photographs of the pits once again. This time he also included the skins of the dried fruit. Bob explains that, “Photographing common objects allows me to carry them into a new space. I enjoy working with the colors and textures of the avocado. I’m able to meld and merge the color palette with the various textural surfaces I find within the dried fruit.” Scale remains an important factor in all of Bob’s recent still-life photographic series and, What Was…Isn’t, is no exception. His subjects in this show are printed at about four times life size.

Tanner studied photography with Aaron Siskind, Harry Callahan and Frederick Sommer at the Institute of Design. He directed and produced films and video for over 30 years before returning to still photography. Bob has been a member of Perspective Group and Gallery since its founding in 2010. 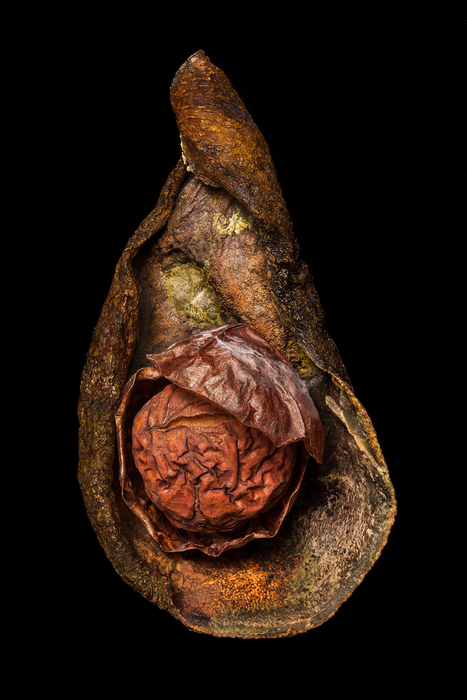