Though women make up more than half the population of Chicago, and are noted for their role in shaping the city’s history, they make up a minuscule percentage of the monuments in the landscape. Join Michelle Duster, Sam Kirk, and Marcia Walker-McWilliams along with moderator Meg Duguid as they explore the ways women have been left out of our monuments and memorials, explain how the underrepresentation affects perceptions and policies, discuss efforts to remedy the problem, and propose ideas for the future.

Presented In conjunction with Much Unseen is Also Here, Columbia College Chicago’s Department of Exhibitions, Performance and Spaces (DEPS), the Chicago Womxn’s Suffrage Tribute Committee, and the Chicago Monuments Project.

Michelle Duster is an author, professor, public historian, and champion of racial and gender equity. She has written, edited, and contributed to over a dozen books. Her most recent, Ida B. the Queen: The Extraordinary Life and Legacy of Ida B. Wells. was released on January 26 by Atria/One Signal Publishers (a division of Simon & Schuster). She cowrote the popular children’s history book Tate and His Historic Dream; coedited Impact: Personal Portraits of Activism; Shifts: An Anthology of Women’s Growth Through Change; and Michelle Obama’s Impact on African American Women and Girls; and edited two books that include the writings of her paternal great-grandmother, Ida B. Wells. Her advocacy has led to the naming of streets, monuments, historical markers, and other public history projects that highlight women and African Americans, including Wells. She is working on two children’s picture books that will be published by mid-2023 and several public history projects that will feature women trailblazers.

Sam Kirk is a multidisciplinary artist who explores culture and identity politics through her artwork. She focuses on a variety of intersections, which encompass a call to celebrate differences and enact change. Kirk’s public murals often address social issues, as she intentionally uses the public space to spark dialogue around topics of equality and visibility for women, communities of color, and the LGBTQIA community. She has exhibited throughout the United States, in galleries and museums, and has painted murals nationally and internationally.

Marcia Walker-McWilliams is the Executive Director of the Black Metropolis Research Consortium (BMRC). As the BMRC Executive Director, she provides strategic leadership for the consortium’s activities and works with BMRC member institutions and the public to facilitate the discovery, preservation, and use of Black historical collections in Chicago. She received a Ph.D. in American History from the University of Chicago and an undergraduate degree in Social Policy and African American Studies from Northwestern University. Walker-McWilliams is the author of Reverend Addie Wyatt: Faith and the Fight for Labor, Gender, and Racial Equality (University of Illinois Press, 2016) and coauthor of two upcoming projects: The Civil Rights Movement Reader with Traci Parker and Revisiting the Black Metropolis: New Histories of Black Chicago with Simon Balto and Erik Gellman.

Meg Duguid (moderator) is an artist and an arts administrator. She is currently the Director of Exhibitions for Columbia College Chicago’s Department of Exhibitions and Performing and Student Spaces and Chief Curator of the Wabash Arts Corridor. Most recently she curated Where the Future Came From, an exhibition and resulting book (Soberscove Press, 2020) exploring the history of feminist artist run spaces in Chicago from 1880 to 2018. Duguid received her BFA from the School of the Art Institute of Chicago and her MFA from Bard College.

Chicago Womxn’s Suffrage Tribute Committee was formed in 2020 to honor the work of Illinois women for fighting for voting and other rights for women and to ensure that the stories of women’s activism are told and not forgotten. The focus is to create public art projects that will reach wide audiences and serve to mark the work of women activists in public spaces and venues. Founding members are Meg Duguid, Michelle Duster, Catherine M. Mardikes, Kris Nesbitt, Lori Osborne, and Neysa Page-Lieberman. This committee is currently working on a new mural project that will be installed in the Wabash Arts Corridor in summer 2021.

Monuments and memorials have become a focal point for conversation, protest, and activism in the city of Chicago. In response, the city has created a committee to review Chicago’s collection of monuments and recommend solutions. The Chicago Monuments Project intends to grapple with the often unacknowledged—or forgotten—history associated with the city’s various municipal art collections and provides a vehicle to address the hard truths of Chicago’s racial history, confront the ways in which that history has and has not been memorialized, and develop a framework for marking public space that elevates new ways to memorialize Chicago’s true and complete history. To learn more and share your thoughts, please visit www.ChicagoMonuments.org and join the conversation on social media using #ChicagoMonuments. 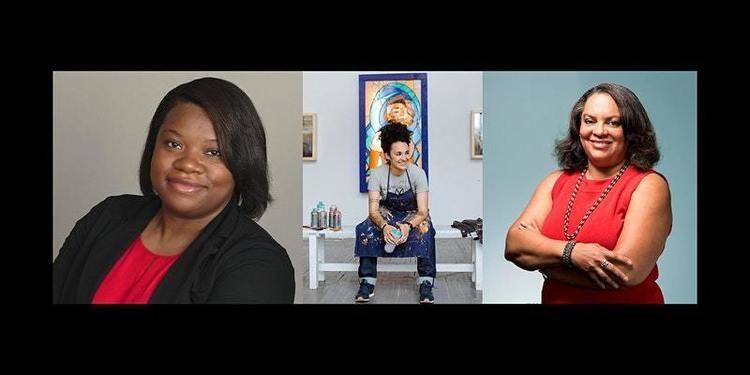