On view through Sunday, June 27th

Parlour and Ramp is pleased to present Assemble, an exhibition of Vic Barquin’s most recent collages alongside the screenprints produced through her collaborative publishing program, Halftone Projects. The collages on display feature screenprinted halftone dots, neon poster board, and torn up fragments of older prints. Using editioned images, she creates unique pieces that originate from duplicates. Her commitment to collage started during the pandemic as a way to limit material expenses and reassess the value of her own work. The simplicity of this new series operates as a distillation of her past prints, offering a sense of clarity through isolated gesture.

Halftone Projects was born in 2019 when she converted her second bedroom into a fully functioning screenprinting studio where she could collaborate with friends and artists on limited edition screenprints. Since then, she’s produced thirteen editions with nine artists. The editions vary widely in complexity and imagery, resulting in an exciting survey of artists working today. In August, Barquin will leave Chicago to pursue an MFA at the University of Arkansas. This exhibition aligns with the release of a final edition by Elise Guillen, an Oregon based Illustrator. 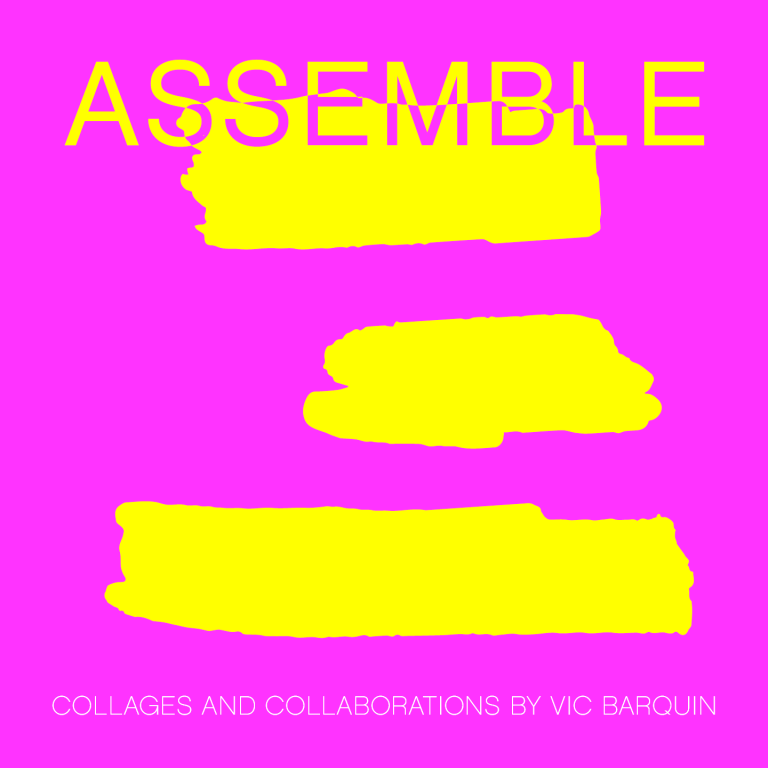