This Saturday, is Reggae Night! June 12th we will celebrate the genre of reggae with the band “Sunsplash” a local Chicago band lead by Paul Ashford featuring Joseph Thomas Curtis Johnson, Dale Taylor.

From Jamaica to the world, Reggae’s messages of spiritual well-being and social protest have captivated listeners, spiritualists & activists for decades. Originating from Calypso, Blues & Rocksteady, Reggae was birthed in Jamaica in the late 1960s. Prior to that, most Jamaican music was labeled under the “ska” genre. During the Reggaes early stages, the Rastafari religion was growing and Reggae quickly became the music in which artists were able to spread word of the movement. Peter Tosh, Ziggy Marley, and Bob Marley are some of the genres biggest artists and their songs of religion and praising Jah along with protesting the oppressive systems that restrain humanity became music that the whole world was able to connect with. Come enjoy the tunes with us this Saturday. 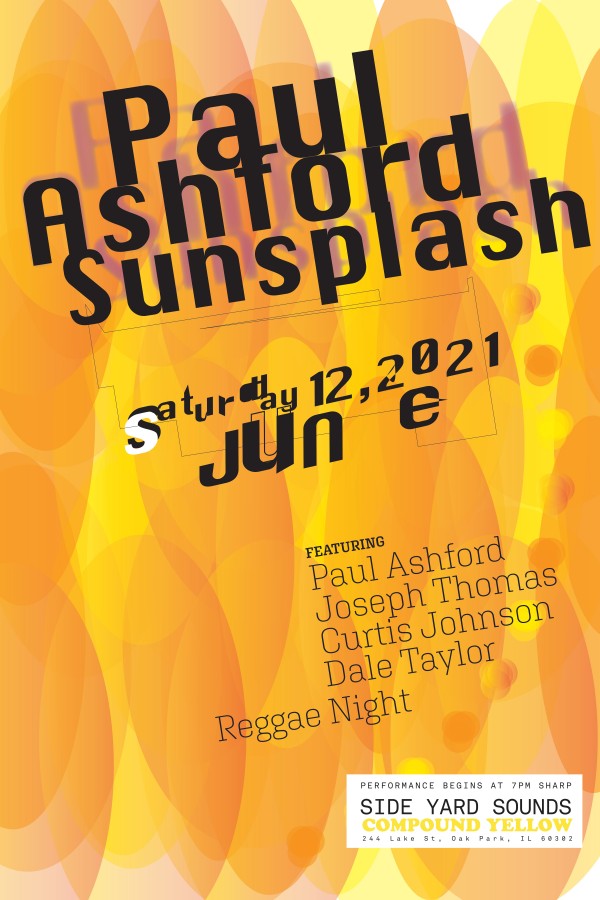