Phantoms of the Past: a program of short films by Ayisha Abraham

“Phantoms of the Past”: a program of short films by Ayisha Abraham.

Join us for an evening program of short found-footage films by artist Ayisha Abraham. Born in London, Abraham is now based in Bangalore, and her short films and videos recycle grainy, amateur 8mm footage to create encounters with India’s pasts. Her work is marked by systematically orphaned contexts, deliberate collisions of fact and fiction, and a meditative activation of the memories and imagination that lie hidden in the debris of obsolete and forgotten objects. If the deteriorating 8mm film registers its palpable material presence in her films, it is matched by the ghostliness of film strips running past a projector’s glass lens, facing the light of the present after years of being forgotten. This makes her otherwise un-categorizable work akin to resurrecting “phantoms of the past,” as she herself puts it. The fragmented structure and textures of her films become a vehicle for retrieving memories and excavating counter histories of India.

1. Straight 8 (2005, 17 min.)
Straight 8 is an exploration of a collection of 8mm home movies of film enthusiast Tom D’aguiar, an Anglo-Indian who lived in Bangalore. Drawn from home movies made around the 1940s, we see scenes of everyday life around Tom’s house including amateur fictional thrillers shot with his friends and graceful dances of the renowned figure Ram Gopal. Instead of a nostalgic re-presentation of the past, the video creates montages of everyday personal life strung together with personal anecdotes that indicate a precision about the domesticated use of technology. Through its enigmatic grainy images, Straight 8 evokes an enticing realm of memory and imagination that governs the relations technology, creativity, and ordinary lives of people.

A disjunctive montage of freckled 8mm home movies and jarring sounds of everyday life, You are Here conjures a day in the life of mid-century India. The film maps the fragility of its 8 mm material with the specters of India’s modernity—the array of shots of the world through windows of vehicles, moving trains, balloons in air, busy bridges, flowing water bodies, sites of worship, and ordinary people in their everyday activities.

En Route or of a Thousand Moons presents a speckled and staccato view of post colonial India’s visual histories. Removed from contexts of their time and space, these images acts as apparitions of India’s past that remain hidden in the obsolescence of their material life. The film puts us face to face with a private world of picnics, birthday parties, and interior lives, worlds that been hidden and preserved in deteriorating and aged film, offering a meditation of fragmented and alternative view of India’s histories.

I Saw a God Dance has a serendipitous beginning that take us all the way back to 1938, when Tom D’aguiar filmed the Indian choreographer and dancer Ram Gopal in his youth, dancing on the terrace of his large bungalow in Bangalore. Abraham found this footage by accident in a plastic bag in D’aguiar’s house (on whom Abraham made her film Straight , and she revisits the deteriorating footage of Ram Gopal ten years later to embark on a different exploration of another man and his professional and personal quests. Bringing together the heavily blemished 8mm footage with photographs, documents, reviews, audio, and recent interviews with those who knew him, I Saw a God Dance conjures Ram Gopal’s life from disparate archival fragments.

Ritika Kaushik is a writer, researcher, filmmaker, and educator. She is currently pursuing a PhD in Cinema and Media Studies at the University of Chicago and is writing a dissertation on Indian state sponsored documentary films. Her scholarly work has been published in the peer reviewed publication Bioscope: South Asian Screen Studies (2017, 2020) and in Economics and Political Weekly (2020) and she has programmed films at the Film Studies Center at the University of Chicago and at Sarai-Center for the Study of Developing Societies, New Delhi.

The following measures will be required by any person in the area and monitored by attending staff/volunteers:

All persons must wear a mask/face covering (covering both the nose and mouth) in order to enter and leave the viewing area. Maintain social distancing (at least 6 feet) between individuals not within your household or otherwise identified group. While enjoying the program, please self monitor, be aware of your surroundings, be courteous, and be responsible. Masks are not required while sitting on the lawn. The restroom inside Comfort Station will be available for use during the program but mask must be worn inside

the building and only 2 people inside at once while using the bathroom. When the film is over, please be conscientious when leaving the premises, make sure your mask is on, and take care to maintain social distancing from other groups.

Thank you for keeping our neighbors and community safe.

We are excited to welcome everyone back! 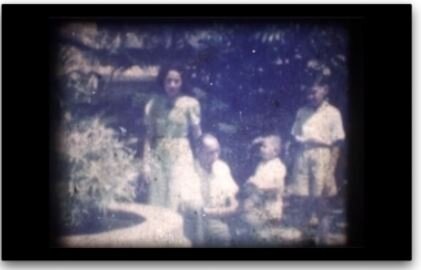