(*hopefully) THE END IS NEAR! Join Rough House and Links Hall for a live puppet spectacular that’s actually kind of live. It’s still a livestream for the audience, but the artists are gonna be in the same dang studio with the puppets breathing the same dang air!

It’s FREE to watch. Any donation you make (suggested: $10-$15) goes to the artist and to fostering new works of puppetry in Chicago. Get your “tickets” ahead of time to support the cabaret, or donate during the stream!

Lineup for Puppet Quarantine 7 include:

This event is supported in part by the H. B. Henson Fund

About Nasty, Brutish & Short: This late night, adult-only cabaret is packed with contemporary short-form puppet and object based theater. Providing a low-risk environment for artists to perform new and experimental work, this puppet slam fosters an artistic exchange between puppet artists of different generations and mediums. 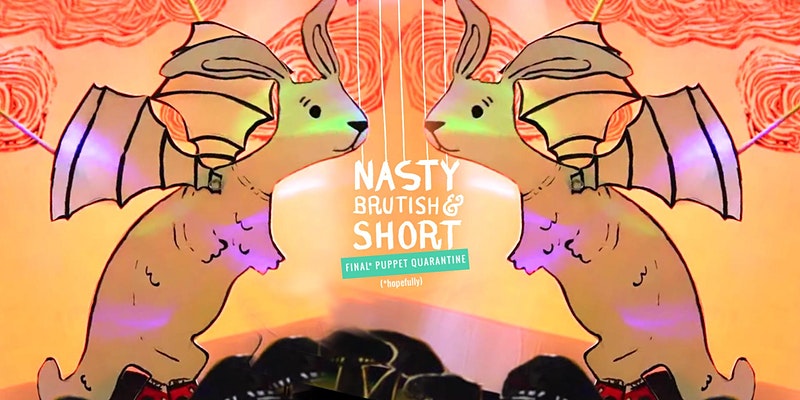