On view through Saturday, June 19th

‘One Day More, One Day Less,’ which runs from June 5-26 at Vertical’s 1016 N. Western Ave. location, brings American audiences face-to-face with Imon Boy’s portraits of life in the digital age — playful, deceptively simple perspectives on a candy-colored world dominated by video games, internet memes and social media interactions, and illuminated by the omnipresent glow of our device screens. ‘One Day More, One Day Less’ opens on Saturday, June 5 from noon to 6:00 pm.

While Imon Boy closely guards his identity, much of the inspiration behind his work comes directly from his day-to-day experiences as a graffiti writer in his native Málaga, one of Europe’s oldest cities. Whether detailing his run-ins with local law enforcement, pondering the mysteries of modern romance or poking fun at the so-called “graffiti establishment,” his paintings and illustrations are tongue-in-cheek but surprisingly tender, exploring and evoking universal themes and emotions. 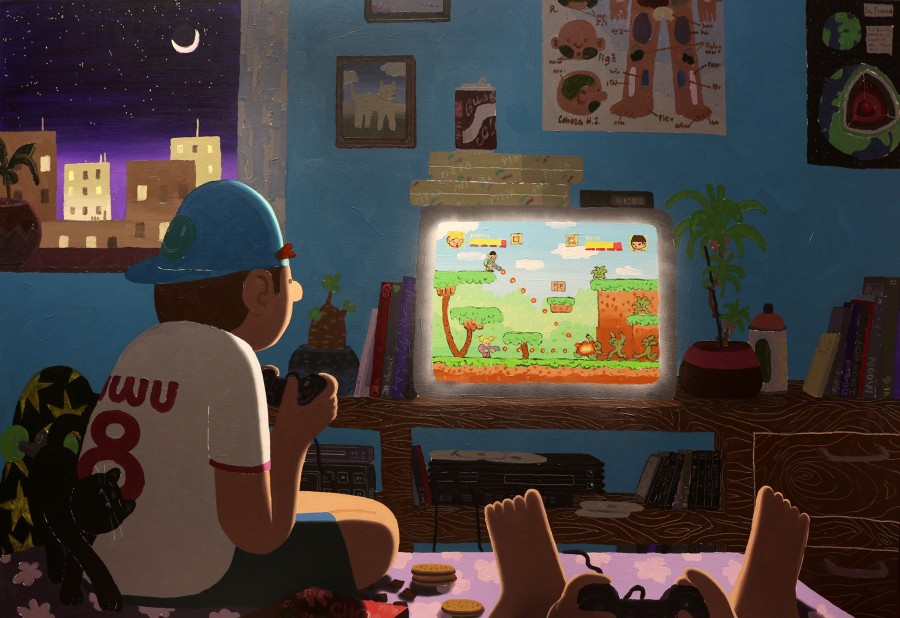