Antonius Bui: The Detour Is To Be Where We Are

On view through Saturday, August 14th

moniquemeloche is pleased to announce the gallery’s debut solo exhibition with Antonius Bui – The Detour is Where We Are.  Bui will present a new series of intensively hand-cut paper portraits, a visualization of hybrid identities and histories, told through an intersectional queer AAPI lens.

Each portrait presents an intimate reflection on the kinship shared within the queer AAPI community, found through moments of radical mundaneness.  Rather than concentrate on notions of assimilation within a oppressive Western rubric, The Detour is Where We Are explores a renewed sense of identification no longer concerned with adapting to constrictive binaries. Their subjects include friends, colleagues, family (both chosen and biological), all captured in moments of love and embrace, unapologetic displays of community that have been previously absent from mainstream stereotypical depictions of Asian dynamics.

Their rigorous paper-cutting process is exceptionally meditative; each sheet of paper is carefully and intuitively crafted to embody an archive of memories and oral histories.  The reductive process deconstructs the traditional white canvas in order to both metaphorically and physically carve out space for narratives which are so often omitted from whitewashed histories.  While the stratified linework evokes a porous and flexible form, weaving through lines throughout the figures themselves as well as the organic environments in which they’re grounded.  The use of paper considers both the archival documentation used to reconcile formerly lost AAPI narratives, while also drawing from the importance across Vietnamese culture.  Allusions to the spiritual significance of Joss paper, an incense paper used both to imitate value and as a form of blessings, position each work almost as an offering to honor queer communities, Bui’s subjects in particular. In contrast, the importance of archival photographs as essential tools for reconstruction of misrepresented and forgotten refugee histories, likens Bui to one of many intergenerational architects, reclaiming authority over how their story is told.

Bui utilizes the transformational properties of their medium to excavate a narrative that no longer places trauma and displacement at the forefront. Rather, each delicately woven work inhabits the body in a way that honors a reinvigorated sense of identification while echoing a fluid notion of interdependence and community.

Tags: Antonius Bui, Chicago, moniquemeloche, The Detour Is To Be Where We Are, West Town 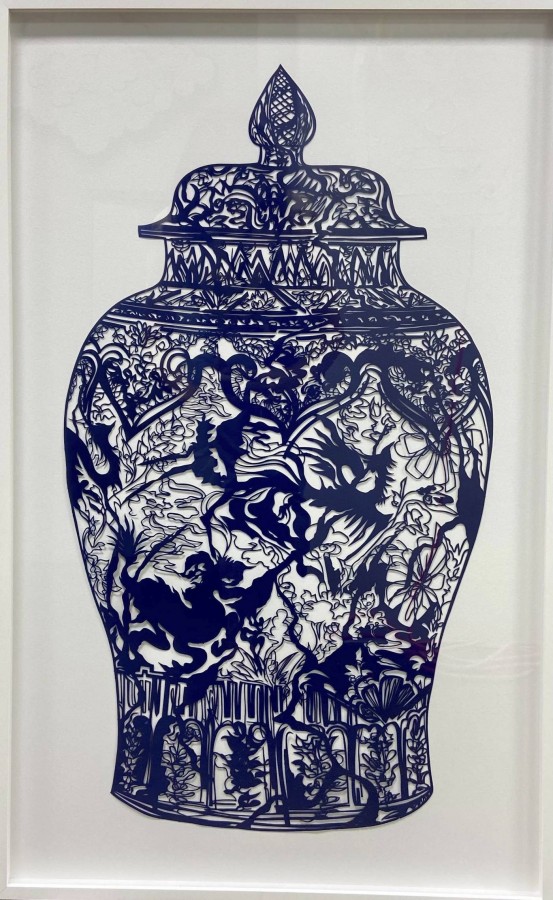