Kelly Kristin Jones: We forgot the moon while holding up the sun

On view through Friday, July 23rd

062 is pleased to present We forgot the moon while holding up the sun, an exhibition featuring new works by Kelly Kristin Jones, on view May 27 through June 26, 2021. Within this exhibition, Jones considers how white supremacy is not only designed into public architectures but also fabricated almost imperceptibly in private space, in our manicured lawns and homes. Jones brings these everyday, yet invisible monuments to whiteness into view through her lens-based and sculptural works. Through her process of collection and obstruction, Jones calls out how seemingly harmless design elements fold into a lineage of the white middle class aligning with symbols of authority to project elegance, importance, and stability, and thus, unbeknownst or not, perpetuate white supremacy through time.

Previous works by Jones focused on the ways white supremacy is built into public monuments. Classical forms universally echo the ideal of a powerful and stable hierarchy. From temples that house Greek and Roman gods to America’s capitols and plantations to our suburban homes, the architectural tradition relies on reaffirming whiteness as the supreme power:

The planter’s house stands alone at the end of this archway of boughs, a telos, and a temple. Great white columns rise two stories from their plinths, supporting a pediment that drags its tip against the sky. It looks for all the world like a Roman temple. And who lives in temples but the gods?” 1

In Jones’ new works, she maintains her focus on the inscription of whiteness through design but redirects her attention from public monuments to domestic space. Among the highlights of the exhibition is the sculptural work Orders of Empire, an accumulation of the neoclassical objects collected from the homes of suburban, white women. The images on view, taken clandestinely at night, offer Jones’ moonlit interventions on racially-encoded, private yard decor. This exhibition takes place during a crucial conversation in our country about the histories and futures of monuments. We forgot the moon while holding up the sun expands the conversation as the works shift our upward gaze upon grand, carved marble to the everyday monuments, built of plaster and fiberglass, nestled in our homes and gardens.

Stephanie Koch serves as Gallery Director of The Luminary in St. Louis and is Co-Founder of Annas, an independent art space based in Chicago. She is also a Lead Facilitator of the 2021 Chicago Arts Census, a city-wide research project which collects, maps, and visualizes data that illuminates the lived experiences and working conditions of art workers in Chicago.

Tags: 062, Bridgeport, Chicago, Kelly Kristin Jones, We forgot the moon while holding up the sun 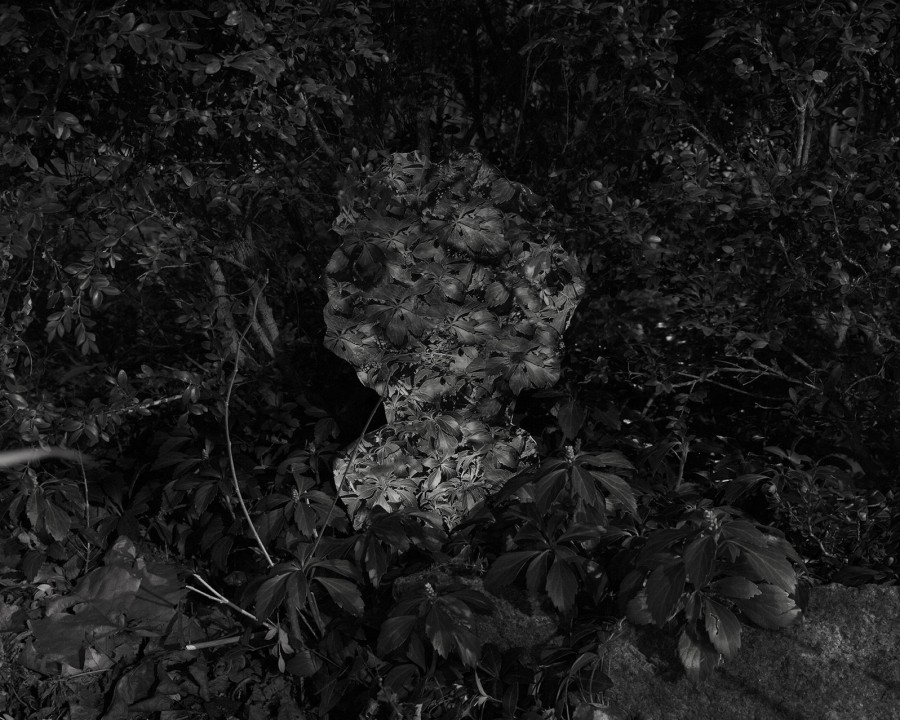