JOSEPH BEUYS: I LIKE AMERICA AND AMERICA LIKES ME

On view through Tuesday, May 25th

Documented in this film is the performance “I Like America and America Likes Me” at Gallery René Block, New York, May 23 through 25, 1974. Joseph Beuys, upon his arrival at John F. Kennedy Airport, immediately was wrapped in a felt cloth and driven to the gallery in an ambulance. There, in a cordoned off room, a coyote awaits him. Beuys will live with the coyote for several days and nights, observable at all times through a chain-link fence. In addition to the felt blanket, his props will include a walking stick, a triangle, a flashlight, gloves, and 50 copies of the “Wall Street Journal” per day. After the performance, Beuys is transported back to the airport in the same way he arrived. 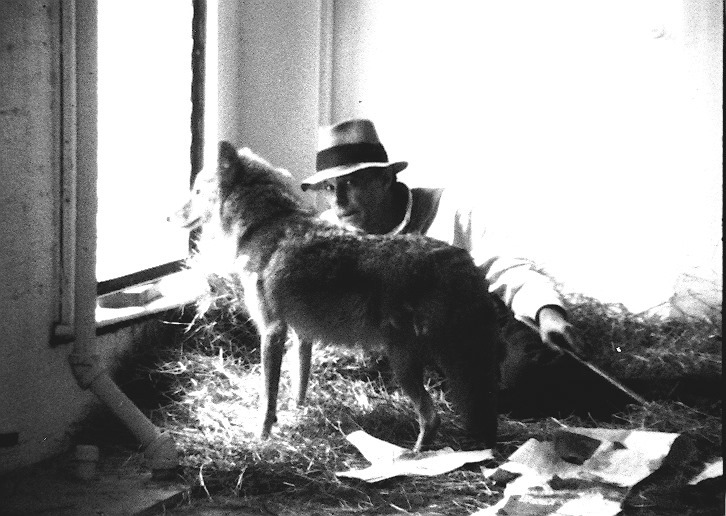