Angel Bat Dawid is a clarinetist, pianist, vocalist, and composer. She descended on Chicago’s jazz and improvised music scene just a few years ago and in that very short time the potency, prowess, spirit, and charisma of her cosmic musical proselytizing has taken her from relatively unknown improviser to borderline ubiquitous performer in Chicago’s avant-garde music scene. Dawid composed and premiered her opera Song of Solomon: A Cosmic Space Opera at Co-Prosperity Sphere in 2018. Dawid also curates a series of multidisciplinary concerts at Elastic Arts called Mothership9 where she is building a sonic mythological spaceship to the cosmos. In 2019 Dawid made her recording debut on Chicago record label International Anthem. Her album, The Oracle, was created through performing, overdubbing and mixing instruments and voices all performed by Dawid herself, recorded primarily from her residency in the attic of the historic Radcliffe Hunter mansion in Bronzeville, Chicago. She also tours with her seven-piece band Tha Brothahood. 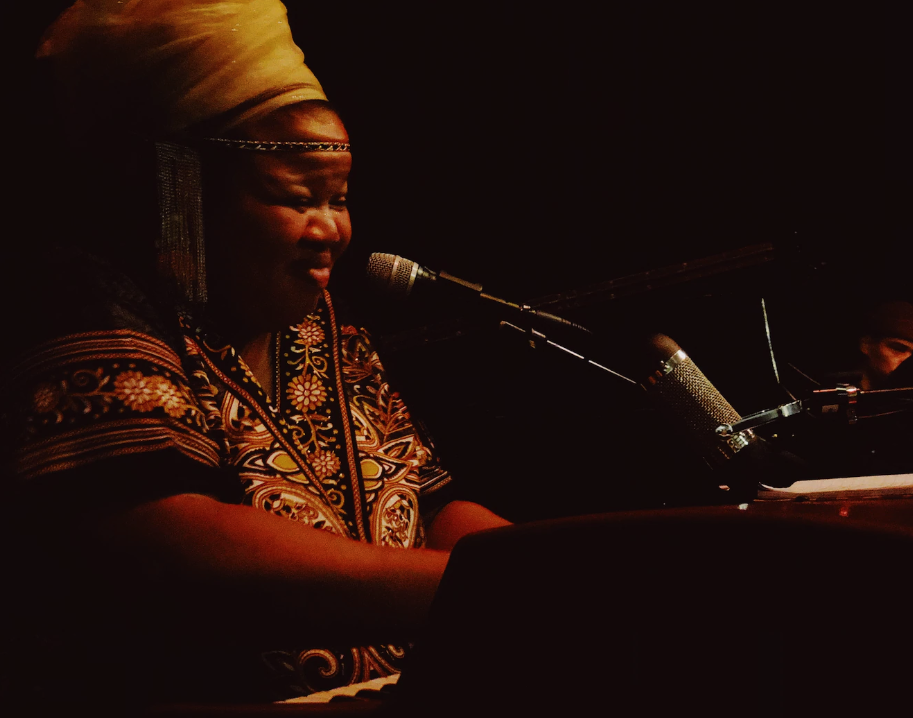