a version of a film that matches the director’s original intentions and vision, released after the first studio version.

In Year 10, Arts + Public Life Directors reflect on a decade of neighborhood-based arts production that catalyzed ambitious physical transformations and intentional programmatic expansion on Chicago’s South Side. Theaster Gates, Jacqueline Stewart, and Adrienne Brown are joined by Tracie Hall to unpack ten years of leadership and stewardship as the Directors of APL.

Theaster Gates
Instagram: @theastergates, @rebuild_foundation | Twitter: @rebuildfdn | Facebook: @rebuildfoundation
Theaster Gates lives and works in Chicago. Gates creates works that engage with space theory and land development, sculpture, and performance. Drawing on his interest and training in urban planning and preservation, Gates redeems spaces that have been left behind. Known for his recirculation of art-­‐ world capital, Gates creates work that focuses on the possibility of the “life within things.” His work contends with the notion of Black space as a formal exercise – one defined by collective desire, artistic agency, and the tactics of a pragmatist.
In 2010, Gates created the Rebuild Foundation, a nonprofit platform for art, cultural development, and neighborhood transformation that supports artists and strengthens communities through free arts programming and innovative cultural amenities on Chicago’s South Side.
Gates has exhibited and performed at Tate Liverpool, UK (2020); Haus der Kunst, Munich (2020); Walker Art Centre, Minneapolis (2019); Palais de Tokyo Paris, France (2019); Sprengel Museum Hannover, Germany (2018); Kunstmuseum Basel, Switzerland (2018); National Gallery of Art, Washington D.C., USA (2017); Art Gallery of Ontario, Canada (2016); Fondazione Prada, Milan, Italy (2016); Whitechapel Gallery, London, UK (2013); Punta della Dogana, Venice, Italy (2013) and dOCUMENTA (13), Kassel, Germany (2012). He was the winner of the Artes Mundi 6 prize and a recipient of the Légion d’Honneur in 2017. In 2018, he was awarded the Nasher Prize for Sculpture, and the Urban Land Institute, J.C. Nichols Prize for Visionaries in Urban Development. Gates received the 2020 Crystal Award for his leadership in creating sustainable communities.

Jacqueline Najuma Stewart
Twitter: @ProfJStewart | Facebook: Jacqueline Stewart
Jacqueline Najuma Stewart is a professor in the Department of Cinema and Media Studies at the University of Chicago, Director of Arts + Public Life at UChicago, and Chief Artistic and Programming Officer at the Academy Museum of Motion Pictures.
An award-winning writer, Stewart is the author of Migrating to the Movies: Cinema and Black Urban Modernity, a study of African Americans and silent cinema, and was the co-editor of L.A. Rebellion: Creating a New Black Cinema—a landmark study of the first generation of film-school-trained Black filmmakers out of UCLA, including Charles Burnett, Julie Dash, and Haile Gerima. She is co-editor of the forthcoming William Greaves: Filmmaking as Mission (Columbia University Press June 2021), and her writings have appeared in Critical Inquiry, Film Quarterly, Film History, and The Moving Image.

Stewart is the host of “Silent Sunday Nights” on Turner Classic Movies, which showcases silent films from all over the world, and she co-curated Pioneers of African American Cinema for Kino Lorber—a collection of works of early African American filmmakers. A native of Chicago’s South Side, Stewart founded the South Side Home Movie Project in 2005 to preserve, digitize, and screen amateur footage documenting everyday life from the perspectives of South Side residents.

Stewart’s research has been supported by numerous grants and fellowships, including the Schomburg Center for Research in Black Culture of the New York Public Library, the Shelby Cullom Davis Center for Historical Studies at Princeton University, the Kluge Center at the Library of Congress, and the National Endowment for the Humanities. In 2019, Stewart was a senior fellow at the Smithsonian Institution’s National Museum of African American History and Culture (NMAAHC) in Washington, D.C. She is a 2018 Fellow, American Academy of Arts and Sciences.

Adrienne Brown
Adrienne Brown is currently the Interim Director of Arts + Public Life, and an Associate Professor in the Department of English and the College. Brown specializes in American and African American cultural production in the twentieth century, with an emphasis on the history of perception as shaped by the built environment. Her teaching and research interests include critical race studies, architecture and urban studies, the Harlem and Chicago Renaissances, popular culture, and sound studies. With Valerie Smith, Brown co-edited the volume Race and Real Estate, an interdisciplinary collection rethinking narratives of property and citizenship. Her book, The Black Skyscraper: Architecture and the Perception of Race recovers the skyscraper’s drastic effects not only on the shape of the city but the racial sensorium of its residents. She is currently working on a new book that charts how the impact of the U.S.’s move to mass homeownership in the 20th century impacted Americans’ experience of residential space as a social, spatial, and, most significantly, a racial unit.

Tracie D. Hall (Moderator)
Twitter: @TracieDHall1
In February 2020, Tracie D. Hall was appointed the American Library Association’s 10th executive director in its 143-year history. In her new role, Hall oversees the oldest and largest library association in the world, made up of 57,000 members and more than 200 staffers. Hall is the first female African American executive director in ALA’s history.

Upon Hall’s appointment, ALA President Wanda K. Brown observed that “Her unique combination of philanthropy and library know-how position her to be the leader ALA needs today. She is optimistic, energizing, and innovative, qualities that will serve the association well as it continues its investments in advocacy, development, and information technology.” Hall is no stranger to libraries, or to ALA. Over the years she has worked at the Seattle Public Library, the New Haven Free Public Library, Hartford Public Library, and Queens Library. In 1998, she was among the first cohort of ALA’s Spectrum Scholars, a grant program to diversify librarianship, and she served as the director of ALA’s Office for Diversity in the early 2000s and has served on advisory councils for the Institute of Museum and Library Services and written for the field’s major publications. She was highlighted as a “Mover and Shaker” in the field by Library Journal early in her career. Most recently, Hall directed the culture portfolio at the Chicago-based Joyce Foundation, developing new grant programs designed to foster greater equity and diversity in arts administration, catalyze and scale neighborhood-based arts venues, cultural programming, and creative entrepreneurship. Prior to that, she worked as Deputy Commissioner of Chicago’s Department of Cultural Affairs and Special Events and as community investment strategist in Global Corporate Citizenship at The Boeing Company. A civic leader in Chicago, Hall was appointed to serve on the City of Chicago’s Cultural Advisory Council at the beginning of 2020. Hall has also served in multiple roles in academia, including as assistant dean of Dominican’s Graduate School of Library and Information Science in River Forest, IL, and as visiting professor at Wesleyan, Southern Connecticut State, and Catholic Universities among others. In addition to her MLIS from the Information School at the University of Washington, Hall holds an MA in International and Area studies with an emphasis on Sub-Saharan Africa from Yale University and dual bachelor’s degrees in Law and Society and Black Studies from the University of California, Santa Barbara. Hall has also studied at the Universities of Nairobi and Dar es Salaam in East Africa. Hall was born and raised in Los Angeles. 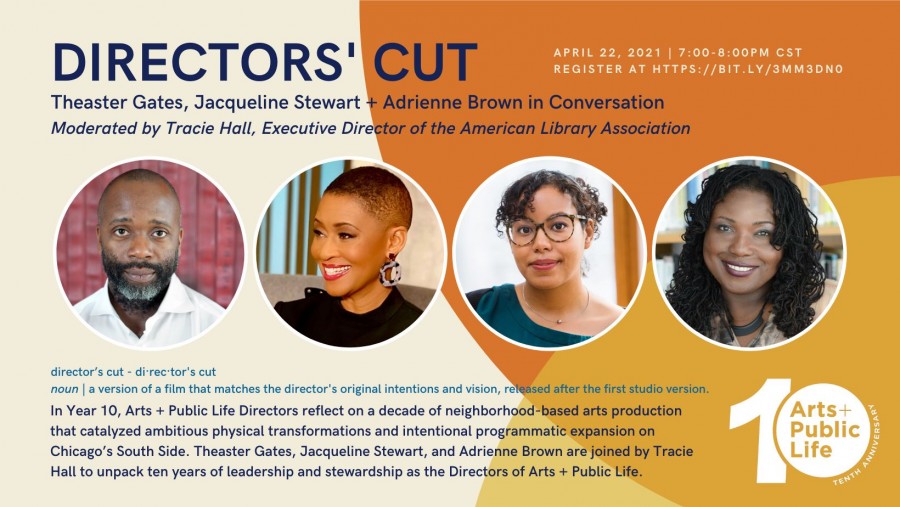