On view through Friday, April 30th

About the show:
In Carousel, Chicago artist Daniel Champion presents his most recent series of pictures. The exhibition creates an imaginary plane that conjures the world outside of the image. Moments which have been pulled from a range of two dimensional objects including films, book covers, paintings, and fairytales. In the popular discourse surrounding fairytales and film it is often supposed that some moral idea about behaviour is being given to us, that these depictions of life are shaping our actions, as well as generating beautiful images. The paintings in this show indulge in the attraction of specific and decontextualized pictorial representations from popular culture. They mimic and give flashes of the social meanings which the sources may convey, while at the same time reducing them into a repeating pattern spanning the history of western mass culture. The title of the show is borrowed from Rodgers and Hammerstein. “Carousel” becomes both the ride itself in which a flamboyant imagined location’s movement makes a light blur of the reality surrounding it as well as a grouping of images which can be taken as a mere attraction.

Please wear your masks, we will be taking temperatures and hand sanitizer will be provided. There is an outdoor courtyard with a fire pit in the back to hangout for a bit. 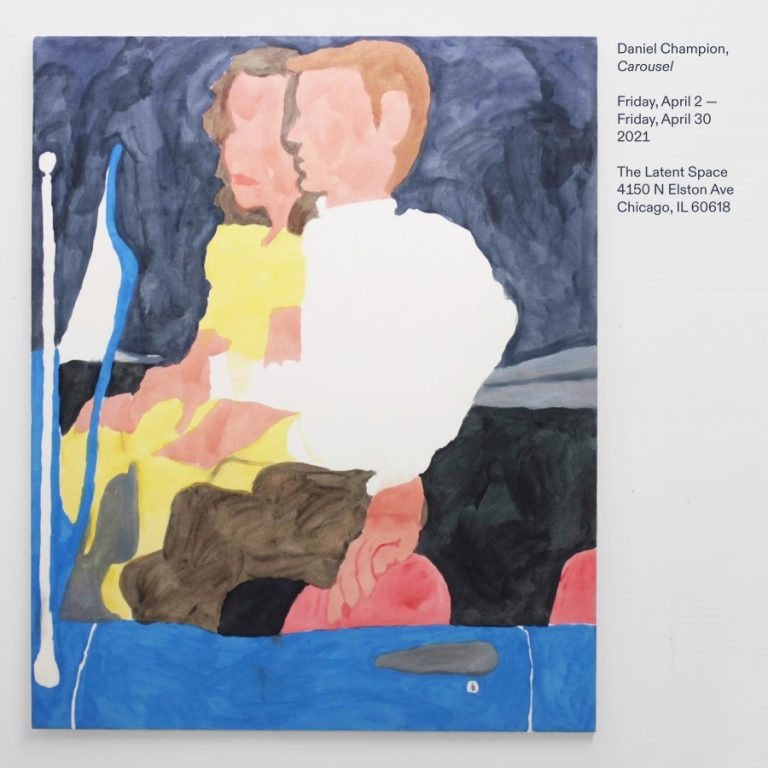