After premiering their first stanza on March 5 (Kim Gordon and Kem Heecheon), Busan Biennale: The Chicago Chapter continues its year-long series of unfolding events and presentations with a performance from the Busan-based rock band Say Sue Me.

A participant in the 2020 Busan Biennale, Say Sue Me was formed in 2012 and has been hailed by MTV as “your new favorite indie rock band from Korea!” Since the release of their debut album, We’ve Sobered Up, in 2013, Say Sue Me have put out several EP’s and full-length records through Electric Muse (South Korea) and Damnably Records (London). The band has toured all over the world, including showcases at SXSW (2018, 2019) and their music has received critical acclaim from the likes of Pitchfork, The Fader, Stereogum, NPR, KEXP, i-D, Dazed, ELLE, DIY, BBC 6 Music’s Lauren Laverne, Gideon Coe, Tom Ravenscroft, and many more.

Streaming will be hosted online by Empty Bottle Presents. Register for the streaming link on EventBrite here.

Busan Biennale: The Chicago Chapter brings literary, audio, and video works by artists, writers, and musicians from the original 2020 Busan Biennale in South Korean to audiences in Chicago. Along with online presentations and performances, this series features a planned, multi-artist sound installation later in spring 2021, as well as a live concert in the fall.

Busan Biennale: The Chicago Chapter is presented in partnership with the Busan Biennale, Kunsthal Aarhus, and the Center for East Asian Studies and the Gray Center for Arts and Inquiry at the University of Chicago. 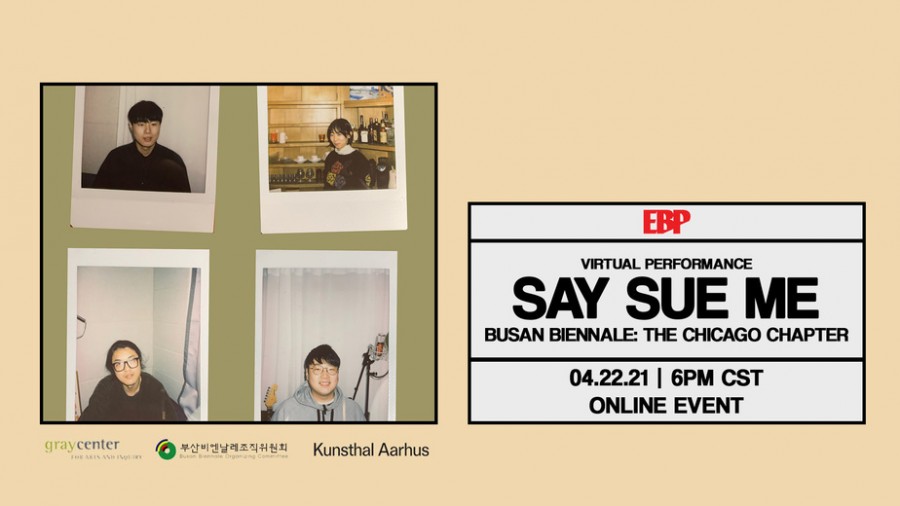