On view through Saturday, March 20th

Register via Member Central or the Virtual Salon

Join us on Saturday, March 20th as we celebrate the closing of Upkeep: Everyday Strategies of Care at The Arts Club of Chicago. We will culminate the exhibition with a series of mini gallery tours on each hour, and self-guided exhibition viewing on each half hour.

Space is limited to 10 people per tour, and entry is time-ticketed. Please arrive on time for your half hour block, as each group will have to depart promptly 30 minutes after arrival. All in-person visitors will receive a copy of the exhibition catalog, designed by HOUR studio and featuring essays by curators Janine Mileaf and H. Daly Arnett.

Please honor your reservation, as capacity is limited. Should you find that you have a conflict, please cancel your reservation in a timely manner so that others may attend.

As a safety precaution, we ask that all visitors wear a face mask in the building and receive a contactless temperature check upon entry.

In a moment when the formerly radical act of “self-care” as it was imagined by the poet Audre Lorde has become an obvious marketing strategy deployed to capture the disposable income of yet one more generation of femme-identifying, self-objectifying subjects, this exhibition proposes that daily acts of care should be understood as quietly, yet decisively, disruptive of the status quo. Historically linked to the feminine, caring for others—either in personal or professional capacities—has garnered scant social capital. Yet increasingly, artists have turned to subtle and overt means of encoding alternatives to the sanctioned brutality of interpersonal interaction that has become ordinary in the early decades of the twenty-first century.

Following the thinking of writer Maggie Nelson, who reminds us that an “aesthetics of care” should not seek for the work of art to care for us, this exhibition gathers works that approach care as a complicated nexus of generosity and coercion. Caregiving, Nelson tells us further, has yet to be socialized beyond the maternal, even though its capacities have been valorized in other guises—when the very acts associated with conventional maternity are dissociated from gender but proposed as a form of freedom. In this exhibition, we seek to consider how slight gestures, open questions, repetitive acts, distant memories, and subtle refusals register alternate value systems. Co-curated by Janine Mileaf and H. Daly Arnett, the exhibition features works by Elliott Jerome Brown, Jr., Lenka Clayton, Sara Cwynar, Bronwyn Katz, Chancellor Maxwell, and Lily van der Stokker.

Upkeep overlaps in both time and topic with The Renaissance Society’s exhibition Nine Lives. Both group shows partake in the Feminist Art Coalition, a national initiative to generate cultural awareness of feminist thought, experience, and action. On Saturday, October 24, at 10am, The Arts Club and The Ren will bring together an artist from each exhibition for a virtual conversation about areas of convergence or departure: South African Bronwyn Katz and Paris-based Canadian Kapwani Kiwanga. Click here to register.

In 2019, he won the Rema Hort Mann Foundation Emerging Artist Grant. With Devin N. Morris in 2017, he curated Rock Paper Scissors and a Three-Armed Shovel, the 7th Annual Zine and Self- Published Photo Book Fair.

Lenka Clayton’s notable exhibitions include The Grand Illusion (Lyon Biennial, Lyon, France, 2020); Fruit and Other Things (57th Carnegie International, Carnegie Museum of Art, Pittsburgh, 2019); Apollo’s Muse (Metropolitan Museum of Art, New York, 2019); The Distance I Can Be From My Son (Blanton Museum of Art, Austin, 2018); Object Temporarily Removed (The Fabric Workshop, Philadelphia, 2017); State of the Art (Crystal Bridges Museum of American Art, Bentonville, 2014); as well as solo showings at Catharine Clark Gallery, San Francisco (2016, 2019). With collaborator Jon Rubin, she produced a major commission for the Solomon R. Guggenheim museum in 2017, entitled A talking parrot, a high school drama class, a Punjabi TV show, the oldest song in the world, a museum artwork, and a congregation’s call to action circle through New York.

Clayton is the founder of An Artist Residency in Motherhood, a self-directed, open-source artist residency program that takes place inside the homes and lives of artists who are also parents. There are currently more than 1,000 artists-in-residence in 62 countries.

Sara Cwynar has had seventeen solo exhibitions in international venues, including most recently Gilded Age (The Aldrich Contemporary Art Museum, 2019); Image Model Muse (Milwaukee Art Museum, 2019); and Marilyn (The Approach, London, 2020). Her photographs and videos have been included in several group exhibitions, including You Are Looking at Something That Never Occurred (Multimedia Art Museum, Moscow, Russia, 2019); 99 Cents or Less (Museum of Contemporary Art, Detroit, 2017); Never Enough: Recent Acquisitions in Contemporary Art (Dallas Museum of Art, 2014); Talk to Me (Museum of Modern Art, New York, 2011).

She has received commissions from the Museum of Modern Art (New York) and the Public Art and Amenities Framework (Toronto), and her work is held in the permanent collections at the Art Gallery of Ontario, the Guggenheim Museum, the San Francisco Museum of Modern Art, and Centre Pompidou, Paris, among others.

She received a BDES in Graphic Design from York University in Toronto, Ontario (2010) and an MFA from Yale University, New Haven, Connecticut (2016).

In 2019, Katz was awarded the First National Bank Art Prize. She is a founding member of iQhiya, an 11-women artist collective which has performed across various spaces, including Documenta (in Kassel and Athens), Greatmore Studios, and Iziko South African National Gallery.

Katz lives and works between Cape Town and Johannesburg.

For almost a decade, Chancellor Maxwell has been making artworks in the Open Studio of Thresholds Bridge South, an environment conceived for artists living with mental illnesses to realize their creative visions, develop technical skills, experiment with media, and exhibit their artwork. Since 2012, Maxwell has exhibited regularly at such spaces as Gallery H, Thresholds, Chicago; Henry’s Gallery, Thresholds Bridge South, Chicago; Ravenswood Artwalk, Chicago; Judy A. Saslow Gallery, Chicago; Project Onward at the Chicago Cultural Center; The Adler School of Professional Psychology, Chicago; and most recently at Left Field Gallery, San Francisco.

Maxwell’s artworks have been acquired by public and private collections. This is his first non-commercial exhibition. 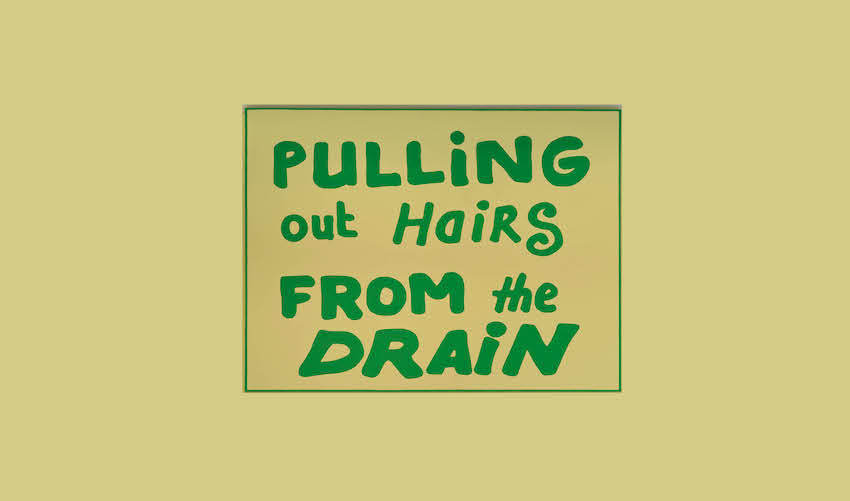