Option is honored to close out the month of March with the great Japanese saxophonist Akira Sakata. Both presenting and discussing his decades long work with Option curator Ken Vandermark, this will be a performance and talk certainly not to miss!

Akira Sakata (坂田明) was born in Kure-city, Hiroshima in 1945. Studied marine biology at Hiroshima university. Formed a group Saibo-bunretsu (Cell fission) in Tokyo in 1969, and was also performing with various free-jazz musicians during this time. Since the late 1960s, Sakata has been a constant figure in jazz and creative music scenes as an ever evolving and adventurous, multi-instrumentalist, and member of classic groups such as Yamashita Yosuke Trio, from 1972 till 1979, and Wha-ha-ha plus many of his own, like the Sakata Akira mii. He has recorded with Pete Cosey, Peter Brotzmann in Last Exit, DJ Krush, Yoshimio, and others.

In 2005 he began peforming with guitarist Jim O’Rourke, drummer Chris Corsano and acoustic bassist Darin Gray. They’ve since released three albums together. Friendly Pants is the first American release by Sakata in more than 20 years. It pairs the 65-year-old traveler alongside bombast Chikamorachi (Corsano/Gray) and O’Rourke as the producer. 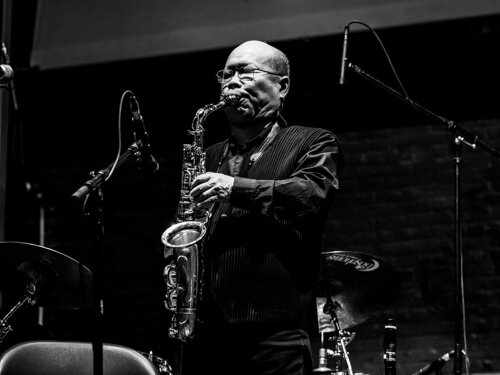