Little Theatre in the Second City

**You can watch this program on either Facebook Live or Zoom. If you’d like to watch on Zoom, please register for free in advance here: https://www.eventbrite.com/e/little-theatre-in-the-second-city-tickets-139455006679

During the first decade of the 20th century, a new vehicle for public entertainment–the cinema–began to erode the popularity of large theatrical performances. At the same time, playwrights and artists started to experiment with new forms of live theater, adopting more realistic styles, developing innovative staging methods, and choosing topics that often reflected social issues of the Progressive Era.

In a talk moderated by the Newberry’s Liesl Olson, Dorothy Chansky and Rachel Shteir will discuss the development of this “Little Theatre Movement,” focusing on the contradictions between its ideals and its disparities related to gender, class, and race, as well as Little Theatre’s ongoing influence on American culture–including its formative effect on second-wave feminist icon Betty Friedan.

Dorothy Chansky is President’s Excellence in Research Professor of Theatre at Texas Tech University and the author of works including Composing Ourselves: The Little Theatre Movement and the American Audience and Kitchen Sink Realisms: Domestic Labor, Dining, and Drama on the American State. She is currently working on a book about representations of dementia on the American stage over the past hundred years. Chansky is former editor of Theatre Annual: A Journal of Theatre and Performance of the Americas and has been inducted as a member of the College of Fellows of the American Theatre.

Rachel Shteir is an associate professor and Head of Dramaturgy at DePaul University’s Theatre School. Her works include The Steal: A Cultural History of Shoplifting; Gypsy: The Art of the Tease; and Striptease: The Untold History of the Girlie Show. Her writing has also appeared in many newspapers, magazines, and blogs, including American Theatre, the New York Times, the Washington Post, the Guardian, the Chicago Tribune, and Chicago Magazine. Shteir has lectured widely on popular culture and theater and currently is working on a book about Betty Friedan

Liesl Olson is Director of Chicago Studies at the Newberry Library. Olson has written widely on twentieth-century literature and art, including her first book, Modernism and the Ordinary and her most recent book, Chicago Renaissance: Literature and Art in the Midwest Metropolis, which won the 2018 Pegasus Award from the Poetry Foundation for best book of poetry criticism and the 2019 Mid-America Award from the Society for the Study of Midwestern Literature. She earned her PhD in English and Comparative Literature from Columbia University, and for four years she taught at the University of Chicago as a Harper-Schmidt Fellow.

The history of theater in Chicago and the vibrant world of twentieth- and twenty-first-century Chicago theater are well represented in several modern manuscript collections at the Newberry. 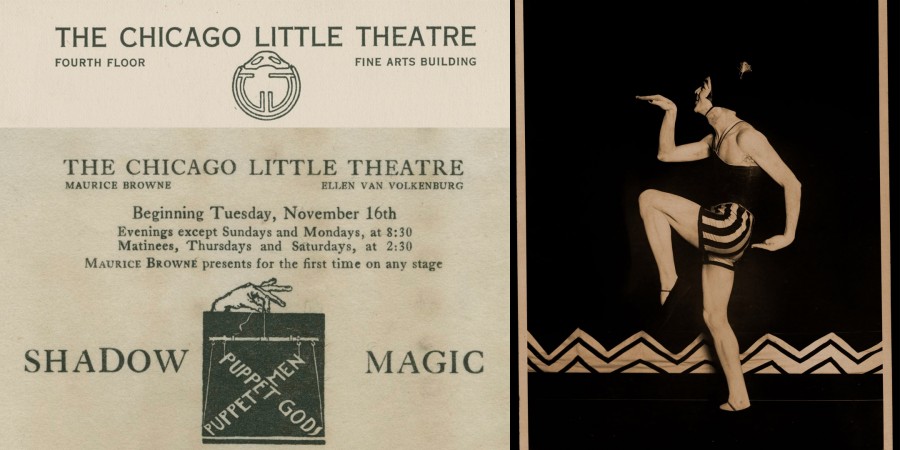