Let Us Vote! Voting Stations for Those Who Legally Can’t

On view through Sunday, April 11th

According to the U.S. Election Project, in 2016 28.6% of Americans, equating to 92 million people, were disenfranchised and ineligible to vote in the presidential elections. The Official Unofficial Voting Station is an art project that creates symbolic voting events, performances and art installations for those whose votes are suppressed due to disenfranchisement. Disenfranchised groups include youth under 18, non-citizens, incarcerated and ex-felons (depending on state laws), residents of U.S. territories, and those without government issued I.D.s (depending on state laws).

What can voting look like if it were more accessible? What can voting look like if the disenfranchised could be the ones to determine what shows up on the ballots? Ballots and ephemera from the 2020 Official Unofficial Voting Stations will be on view in addition to Loyola student projects created in FNAR 393. Official Unofficial Voting Station is a site of empowerment, site for protest, site for sharing resources, site for social engagement and discussion, and is a collective art project making disenfranchisement visible and fighting against it in the United States. 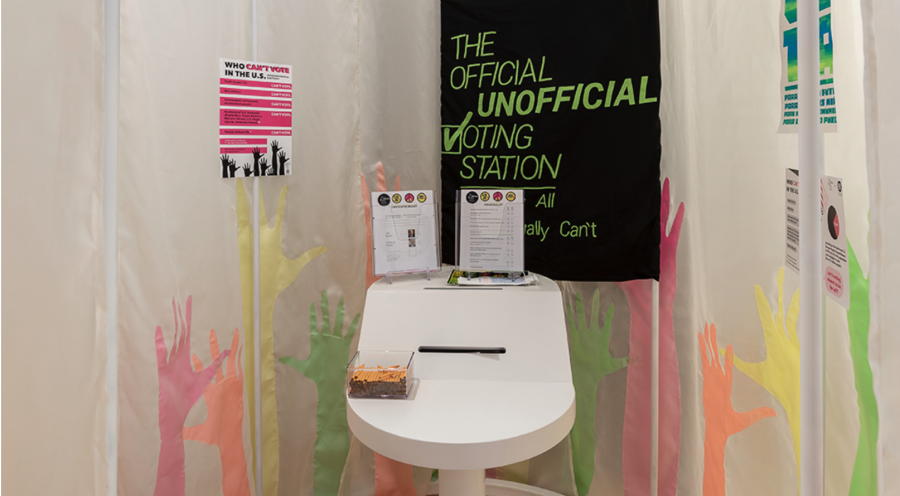