A New Quarterly Performance Series Between Berlin and Chicago! Brought to you with support from the Goethe-Institut.

Bricolage is a new quarterly performance series that partners artists from the creative capitals of Berlin and Chicago in an exploration of collaborative work in the COVID era.

Co-curated by experimental musicians Magda Mayas and Dave Rempis, the series attempts to create new artistic partnerships, as well as new models for remote collaboration in this unprecedented time. Bricolage encourages artists to work creatively with the technological means available, and their limitations, to create new models that may have use and impact even after this era.

Bricolage will be produced and broadcast by venue partners in each city, Elastic Arts in Chicago, and ausland in Berlin. The project is made possible by contributions from the Goethe-Institut.

Mazen Kerbaj is a Lebanese comics author, visual artist, and musician born in Beirut in 1975.
Kerbaj is widely considered as one of the initiators and key players of the Lebanese free improvisation and experimental music scene. He is co-founder of Irtijal, an annual improvisation music festival (www.irtijal.org), and of Al Maslakh, the first label for experimental music in the region operating since 2005. As a trumpet player, whether in solo performances or with long-lasting groups like “A” Trio, Mazen Kerbaj pushes the boundaries of the instrument and continues to develop a personal sound and an innovative language, following in the footsteps of pioneers like Bill Dixon, Axel Dörner and Franz Hautzinger.

Ken Vandermark (born 1964) is an improviser, composer, saxophonist/clarinetist, curator, and writer. In 1989 he moved to Chicago from Boston and has worked continuously from the early 1990s onward, both as a performer and organizer in North America and Europe, recording in a large array of contexts, with many internationally renowned musicians.
In 1999 he was awarded a MacArthur Fellowship in music. 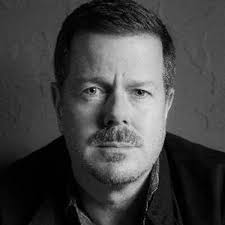