On view through Friday, February 26th

“The Loose Ends of Empire: Unforgetting Colonialism” is a program of experimental film and audio-visual works from the UK, the second in a series of programs exploring the legacies and futures of Black British cinema, guest curated by Northwestern graduate students Madison Ivory Alan-Lee, Gervais Marsh, and Tyler Talbott.

Starting at 7 PM Central Time on February 25, “The Loose Ends of Empire” will be available on the Block’s Eventive page, including a discussion with filmmaker Onyeka Igwe and Professor Bimbola Akinbola, Department of Performance Studies at Northwestern University. The program will be available to watch for a 48-hour period with the option of closed captions. PRE-ORDER free ticket through Eventive for access.

Haunted by the specter of British colonialism, three experimental meditations in sound and image by Keith Piper, Onyeka Igwe, and Emma Wolukau-Wanambwa explore memory, amnesia, and empire across thirty years. Together, these works offer visual and sonic bricolages of the remnants of British imperial power, drawing on archival material to critically examine fact and fiction, repression, and remembrance.

In Keith Piper’s multimedia slide sequence The Trophies of Empire (1985), fragmentary reflections trace Britain’s ties to slavery and colonization through images of the city streets of London. In a single continuous take, Promised Lands (2018) reflects on the ways that historical colonialism shrouds the present. Meditative and dissonant, the film is a contrapuntal critique of colonial amnesia and imperial power. Finally, Onyeka Igwe’s the names have changed, including my own and truths have been altered (2019) juxtaposes colonial, personal, and televisual archives. This study of memory and amnesia reveals the ambiguities and tensions that arise from the interplay of objects and archives. Following the program, filmmaker Onyeka Igwe will appear in conversation with Professor Bimbola Akinbola, Department of Performance Studies at Northwestern University. 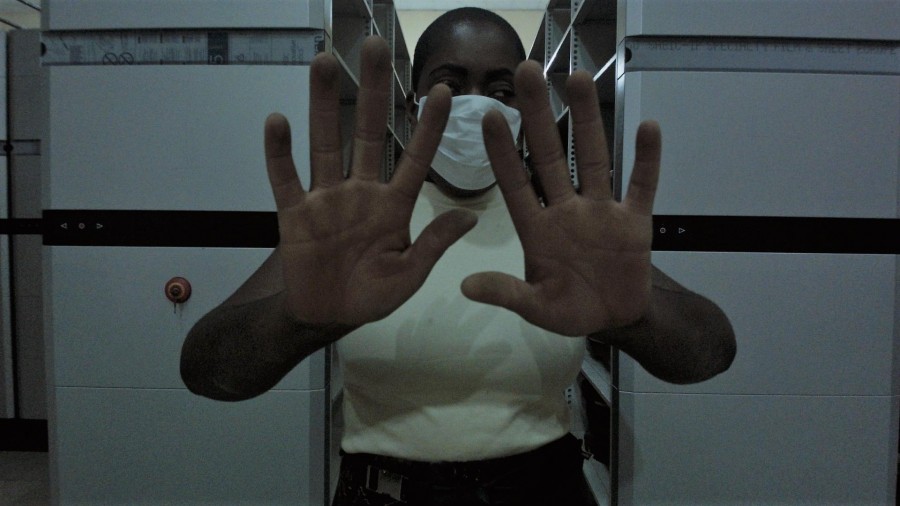