Join us on Women & Children First’s Crowdcast Channel register for a virtual launch celebration for DEAR BLACK GIRL by Tamara Winfrey Harris! For this event, Tamara will be in conversation with one of the contributor’s to the book, Patrice Grell Yursik.

“Dear Dope Black Girl, You don’t know me, but I know you. I know you because I am you! We are magic, light, and stars in the universe.” So begins a letter that Tamara Winfrey Harris received as part of her Letters to Black Girls project, where she asked black women to write honest, open, and inspiring letters of support to young black girls aged thirteen to twenty-one. Her call went viral, resulting in a hundred personal letters from black women around the globe that cover topics such as identity, self-love, parents, violence, grief, mental health, sex, and sexuality.

In Dear Black Girl, Winfrey Harris organizes a selection of these letters, providing “a balm for the wounds of anti-black-girlness” and modeling how black women can nurture future generations. Each chapter ends with a prompt encouraging girls to write a letter to themselves, teaching the art of self-love and self-nurturing. Winfrey Harris’s The Sisters Are Alright explores how black women must often fight and stumble their way into alrightness after adulthood. Dear Black Girl continues this work by delivering pro-black, feminist, LGBTQ+ positive, and body positive messages for black women-to-be–and for the girl who still lives inside every black woman who still needs reminding sometimes that she is alright.

Tamara Winfrey Harris is the author of The Sisters Are Alright, which won several awards, including the Harlem Book Fair’s Phillis Wheatley Award. Her work also appears in the books The Burden: African Americans and the Enduring Impact of Slavery and The Lemonade Reader: Beyoncé, Black Feminism and Spirituality, as well as in publications such as the New York Times, Cosmopolitan, New York Magazine, Ebony, the American Prospect, and Ms. magazine. She is also vice president of community leadership and effective philanthropy at the Central Indiana Community Foundation. 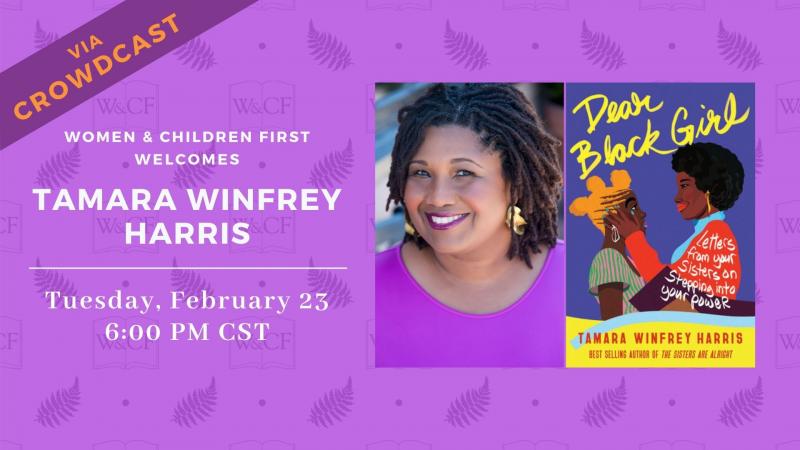