Shadi Bartsch will discuss her translation of “The Aeneid.”
She will be joined in conversation by Anastasia Klimchynskaya.

About the book: For two thousand years, the epic tale of Aeneas’s dramatic flight from Troy, his doomed love affair with Dido, his descent into the underworld, and the bloody story behind the establishment of Rome has electrified audiences around the world. In Vergil’s telling, Aeneas’s heroic journey not only gave Romans and Italians a thrilling origin story, it established many of the fundamental themes of Western life and literature—the role of duty and self-sacrifice, the place of love and passion in human life, the relationship between art and violence, the tension between immigrant and indigenous people, and the way new foundations are so often built upon the wreckage of those who came before. Throughout the course of Western history, the “Aeneid” has affirmed our best and worst intentions and forced us to confront our deepest contradictions.

Shadi Bartsch, Guggenheim Laureate, award-winning translator, and chaired professor at the University of Chicago, confronts the contradictions inherent in the text itself, illuminating the epic’s subversive approach to storytelling. Even as Vergil writes the foundation myth for Rome, he seems to comment on this tendency to mythologize our heroes and societies, and to gesture to the stories that get lost in the mythmaking. Bartsch’s groundbreaking translation, brilliantly maintaining the brisk pace of Vergil’s Latin even as it offers readers a metrical line-by-line translation, provides a literary and historical context to make the “Aeneid” resonant for a new generation of readers.

About the author: Shadi Bartsch-Zimmer works on Roman imperial literature, the history of rhetoric and philosophy, and on the reception of the western classical tradition in contemporary China. She is the author of 5 books on the ancient novel, Neronian literature, political theatricality, and Stoic philosophy, the most recent of which is “Persius: A Study in Food, Philosophy, and the Figural” (Winner of the 2016 Goodwin Award of Merit). She has also edited or co-edited 7 wide-ranging essay collections (two of them Cambridge Companions) and the “Seneca in Translation” series from the University of Chicago. Bartsch’s new translation of Vergil’s “Aeneid” was published by Random House in 2020; in the following year, she is publishing a new monograph on the contemporary Chinese reception of ancient Greek political philosophy. Bartsch has been a Guggenheim fellow, edits the journal “KNOW,” and has held visiting scholar positions in St. Andrews, Taipei, and Rome. Starting in academic year 2015, she has led a university-wide initiative to explore the historical and social contexts in which knowledge is created, legitimized, and circulated.

About the interlocutor: Anastasia Klimchynskaya is a postdoctoral fellow at the Stevanovich Institute on the Formation of Knowledge at the University of Chicago. Her current book project focuses on the emergence of science fiction in the nineteenth century, exploring the works of Mary Shelley, Edgar Allan Poe, Jules Verne, Albert Robida, and H.G. Wells as the formal expressions of a new set of paradigms through which humanity saw the world following the Industrial Revolution. Her other research interests include adaptation, translation, and transformative work, especially those involving the intersections of aesthetics and technology. 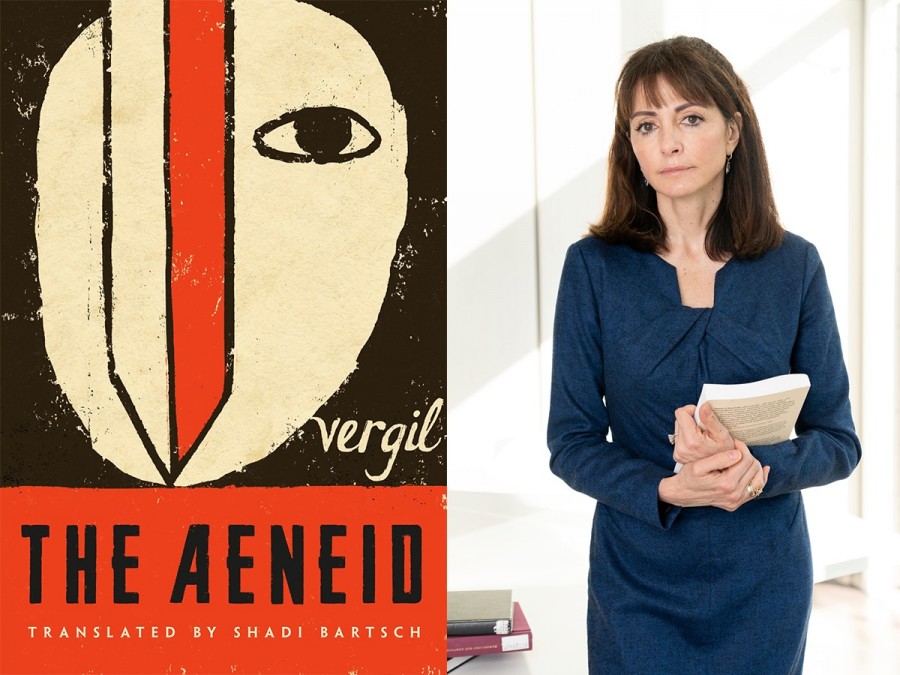